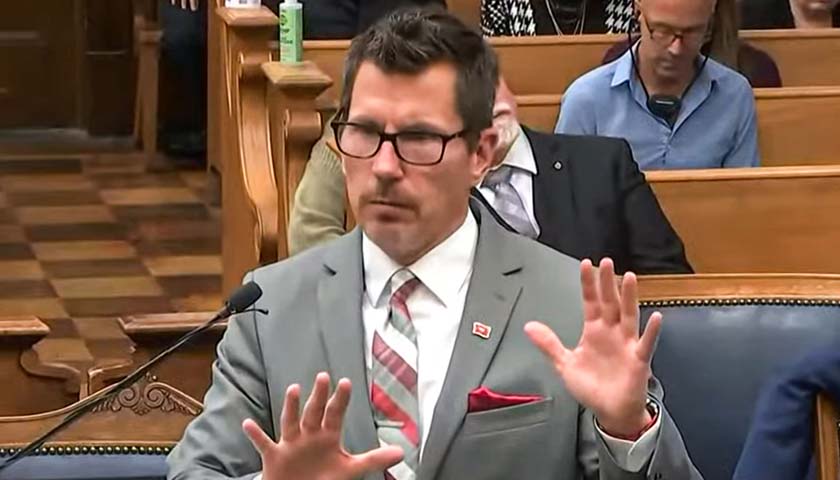 Kenosha Assistant District Attorney and Prosecutor Thomas Binger, leading the state’s high-profile trial against Kyle Rittenhouse, was described as “evil” and accused of acting unethically and illegally by other attorneys watching the trial Wednesday.

Judge Bruce Schroeder stopped the trial twice Wednesday, sending the jury out of the courtroom, to admonish Binger. Twice, he became irate with the prosecutor for his cross-examination of Rittenhouse.

The first stoppage of the trial pertained to Binger’s opening line of questioning of Rittenhouse. He began down a path of suggesting that Rittenhouse, who has not commented on the events of August 25, 2020, when Rittenhouse allegedly shot three people and killed two during rioting in Kenosha, had something to hide because of his silence.

That is a violation of Rittenhouse’s Fifth Amendment rights. Prosecutors are not allowed to imply that silence suggests guilt.

“I was astonished when you began your examination by commenting on the defendant’s post arrest silence,” Schroeder screamed at Binger. That’s basic law. It’s been basic law in this country for 40 years, 50 years! I have no idea why you would do something like that, and it gives… well, I’ll leave it at that. So I don’t know what you’re up to.”

The judge agreed with the defense, which noted that Binger is an experienced trial lawyer, and that he should know the rules of evidence.

Schroeder later became irate with Binger for a line of questioning that had been ruled inadmissible in pre-trial motions.

“Don’t get brazen with me,” he said. “You know very well that an attorney can’t go into these types of areas when a judge has already ruled – without asking [the court] outside of the presence of the jury to do so. Don’t give me that.”

Robert Barnes, a high-profile attorney, blasted a lawyer named Colin Miller, an evidence professor, who claimed that the prosecution was acting within the law on the Fifth Amendment question.

“This idiot gets basic evidence & Constitutional law wrong. His twitter handle is false advertising,” he said. “The Supreme Court has repeatedly made clear you CANNOT comment on a defendant’s use of the 5th Amendment, which is what Binger illegally & unethically did.”

This idiot gets basic evidence & Constitutional law wrong. His twitter handle is false advertising. The Supreme Court has repeatedly made clear you CANNOT comment on a defendant's use of the 5th Amendment, which is what Binger illegally & unethically did. #Rittenhouse https://t.co/dzyfIzRoO7

In the afternoon, Binger managed to avoid being screamed at by Schroeder, but notably spent hours badgering Rittenhouse on the stand about his alleged intent to kill the two deceased victims, and the victim who survived his gunshot wound.

The defense claims that Rittenhouse acted in self-defense.

Binger also spent time suggesting that Rittenhouse would have shot other people on the night of the incident, until his attorney’s objected and the line of questioning was struck down:

Binger claims that Rittenhouse would have used his rifle to stop someone in the crowd had that person shot another individual. Rittenhouse responded that he wouldn’t. Richards had to finally object after Binger continued to badger the witness and Judge Schroeder stepped in. pic.twitter.com/qsBy9tHwN5

“Binger is a truly evil person for this line of questioning,” Will Chamberlain, a non-practicing attorney said.

Binger is a truly evil person for this line of questioning

“Every case from Binger’s file must be subject to a special review immediately,” he said. “He’s no doubt committed numerous violations of law, and has probably framed innocent people.”

Every case from Binger's file must be subject to a special review immediately.