Commentary: History Will Grind Out the Truth 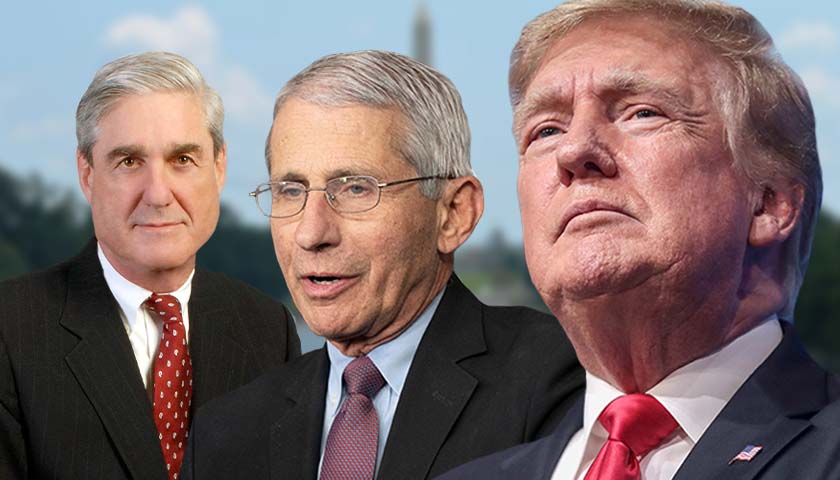 “History will figure that out on its own.” That is what Sen. Rand Paul (R-Ky.) recently replied to Dr. Anthony Fauci, head of the National Institute of Allergy and Infectious Diseases.

In a heated congressional exchange, Fauci derided the idea that the COVID-19 pandemic was due to the leak of a dangerous virus, engineered in the Chinese Wuhan virology lab—and in part funded by U.S. health agencies, on the prompt of Fauci himself.

Fauci offered arguments from authority by citing his own expertise, as well as that of “card-carrying” specialists.

But in truth, there is little evidence that any animal species has been found infected with the SARS-CoV-2 virus or a close relative that causes COVID-19 or a similar illness.

Many federal health experts increasingly believe the virus was man-made. A number argue that it was likely a product of gain-of-function research that was funded in part by a U.S. government grant.

Others concede that Fauci and Dr. Peter Daszak—who was involved in gain-of-function research, often in cooperation with the Chinese—were not candid about the full extent of their ties to the Wuhan lab. But despite Chinese resistance to releasing pertinent data, history eventually will sort the truth out—as it does with most controversies of the moment.

Five years ago, the New York Times, the Washington Post, most of the mainstream media, and the majority of the bipartisan Washington. D.C. political and government establishments insisted that Donald Trump had colluded with Russia to rig the 2016 election.

In support of such conspiracy theories, they fixated on the so-called Steele dossier. It was a supposedly independent research effort detailing “proof” of Trump-Russian cooperation to rob Hillary Clinton of the election.

For over 650 days, the country was consumed with “Russian collusion.” Cable news outlets, public television and radio pundits, along with high-ranking Democratic politicians, almost daily announced the impending end of the colluding Trump Administration.

They peddled rumors of Trump’s supposed obscene activity in Moscow. They spun tales of mysterious meetings between Trump’s family and Russian operatives, and of Trump surrogates’ supposed trips to meet with Russian colluding officials.

Christopher Steele, the architect of the “dossier,” had not been to Russia in decades. He was a rank partisan in the pay of the Clinton campaign—and for a time the FBI itself.

Five years later, history has almost sorted out the fable that the most powerful, wealthy, and influential Americans in the nation once foisted upon the public.

Special prosecutor John Durham seems to be slowly indicting the promulgators of the hoax. The earlier lengthy internal audit by Inspector General Michael Horowitz cited wrongdoing on the part of the Department of Justice and FBI.

The Mueller investigation failed to find any proof of Russian-Trump collusion. The 2018 majority report of the House Intelligence Committee came to the same conclusion.

The admission of false statements by former FBI interim director Andrew McCabe, along with the felonious altering of a court document by FBI lawyer Kevin Clinesmith, were other elements of the warped and unprofessional behavior of the FBI.

Both Mueller and former FBI Director James Comey were unable to answer fundamental questions while under oath about the dossier and the role of its authors in spreading the collusion hoax. Mueller’s legal team and Comey himself habitually leaked rumors that fed the collusion hoax.

History, however, is slowly sorting it out—despite the approved narrative of the well-connected who misled the country to pursue their own political agendas.

Someday historians of public health will unravel the full costs of locking down most of America in reaction to the COVID-19 pandemic. What are now near-taboo topics—the vigorous natural immunity offered from prior infection, and the terrible damage done by the quarantines—earn cancel culture damnation, employment suspension, and media calumny. But soon they likely will become matter-of-factly accepted as truth.

The same will be said of the hysterical myths that surround the unfortunate January 6 riot at the Capitol. Five years from now history will show that there was no conspiracy, no pre-planned “insurrection”—as the FBI has already concluded.

The late Capitol police officer Brian Sicknick was not murdered as was alleged. Those “armed” inside the Capitol did not carry—much less use—guns. The one violent death, that of Ashli Babbitt, was of an unarmed female who was lethally shot by an officer for attempting to enter through a broken window.

The solitary confinement, indefinite incarceration, and inhumane jail conditions accorded some of the accused will be shown contrary to the Constitution of the United States of America.

In other words, history eventually will sort it all out.

Or as the second-century A.D. skeptic philosopher Sextus Empricus noted, eventually the truth emerges and cosmic justice is rendered: “The millstones of the gods grind late, but they grind fine.”

Victor Davis Hanson is a distinguished fellow of the Center for American Greatness and the Martin and Illie Anderson Senior Fellow at Stanford University’s Hoover Institution. He is an American military historian, columnist, a former classics professor, and scholar of ancient warfare. He has been a visiting professor at Hillsdale College since 2004. Hanson was awarded the National Humanities Medal in 2007 by President George W. Bush. Hanson is also a farmer (growing raisin grapes on a family farm in Selma, California) and a critic of social trends related to farming and agrarianism. He is the author most recently of The Second World Wars: How the First Global Conflict Was Fought and Won, The Case for Trump and the newly released The Dying Citizen.
Photo “Donald Trump” by Gage Skidmore CC BY-SA 2.0.