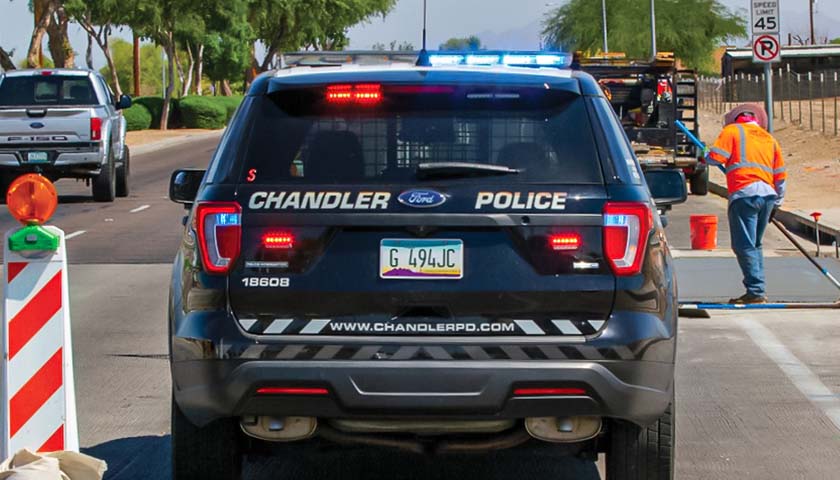 “Here are some sites for you to pass along to the Intel Unit and Lt. Salazar so whomever is coordinating and running this opp [sic] can continue to monitor and prepare for this [protest],” Sgt. Greg Howarth said in an email to fellow officers on May 27.

“I included Tanya [Smith] on this so she can coordinate with you,” the email continues. “This info. [sic] will provide her the resources to review and access this situation.”

Smith is CUSD’s director of school safety and security. She had been corresponding with Howarth and other employees of the school district regarding parents who intended to protest the school for several weeks.

In an April 28 email, Smith tells other CUSD employees that “CPD Intel is relaying details on methods the group will be using tonight,” adding that “[t]hey don’t plan to disrupt.”

She was not specific on how the parents would “disrupt.” In fact, there were never any reports of violence from parents who protested mask mandates or anything else at CUPD.

Howarth and CPD had already been gathering intelligence on the parents, including monitoring their social media profiles. That practice continued for months.

“I am anticipating based off my intel from various social media platforms that we will have a group again of protestors (anti-mask),” Howarth said in an email to Smith on April 27, the day before a school board meeting. “I found what I call there [sic] game plan where they are talking about walking into the lobby with a mask then they want to remove it. The other chatter is that they will put the mask back on but as they are lead into the board room they will take it off and talk at the podium.”

He advised the school to put up signs with mask-wearing instructions.

“If someone doesn’t comply and you want them removed from the property let us know,” he says later in the email. “If they fail to leave let us know that you want them trespassed and we can do that.”

In the May 27 email, Howarth specifically referenced Purple for Parents, a group that opposes liberal agendas propagated in schools.

He also referenced the Patriot Movement of Arizona, a loosely knit group of right-wing activists who have been subject to scrutiny by far-left groups like the Southern Poverty Law Center (SPLC).

The latter has also been labeled as “racist” by the mainstream press, apparently causing concern for Howarth and CPD.

CPD had apparently been monitoring them for at least a month.

The Arizona Sun Times spoke with Howarth briefly by email, but he only said that questions should be directed to CPD’s public information officer, whom he did not name.

The Sun Times reached sent questions to the public information officer’s office but did not receive a reply.