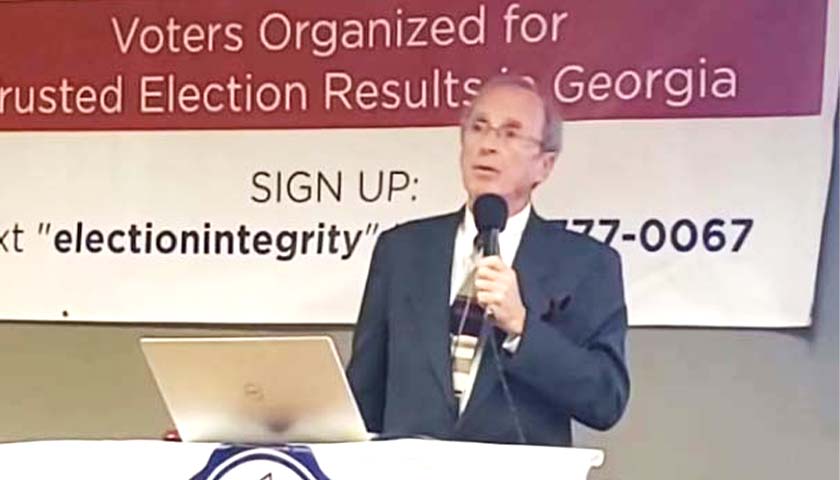 Exactly 74 Georgia counties are unable to produce all the original ballot images from the November 2020 election.

VoterGA co-founder Garland Favorito said this at a press conference Tuesday in Roswell. The group, according to its website, is a nonprofit whose members said it wants to restore election integrity to the Peach State.

Representatives from 56 counties, VoterGA members went on to say, admitted that most or all automatic images for tabulating results were destroyed.

“The machines cannot tabulate results without the images. They scan the images in order to tabulate the results.”

“At least 28 counties admitted having no original images at all, and 22 of those counties only had recount images that some claimed are the same as originals. Recount images don’t have original timestamps that can be used for audit purposes, nor do they have original meta data that shows how votes were initially interpreted,” the VoterGA press release said.

“The images can also be changed by tampering between scans and are therefore invalid to audit an election. VoterGA received emails from another 28 counties admitting they do not have a complete set of original images. Various counties were missing all in-person voting images, all absentee images, all Election Day images or a substantial portion of one or more of those groups. Another 18 counties did not comply with repeated open records requests over a period of two months. Most simply did not respond, but some frustrated the requestors by requiring exorbitant fees for images that most counties provided for around $25 to $50.”

County-requested fees, the press release went on to say, ranged from $0 to $1,700, which group members said was “unnecessarily expensive to comply with ORR law.”

“Six of those counties claim to have mailed images that VoterGA team members have not yet received,” the press release said.

Favorito said in the press release that Georgians cannot trust the secretary of state’s office. He said the state needs a multi-county audit of the 2020 election to resolve these problems before 2022.