White House Considering Shutting Down Pipeline that Whitmer Has Railed Against 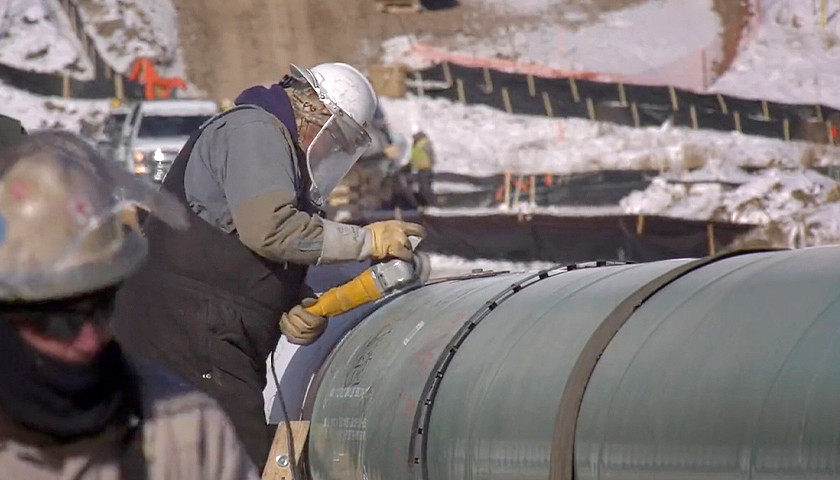 The Biden administration on Monday confirmed that they are considering shutting down another pipeline, Michigan’s Line 5 oil pipeline.

When speaking to reporters, Karine Jean-Pierre, a spokesperson for the White House, confirmed numerous reports that the group is analyzing effects of the potential termination.

As noted by The Detroit News, Jean-Pierre pointed to a study that is underway to “help inform any additional action or position the U.S. will be taking on the replacement of Line 5.”

Governor Gretchen Whitmer has continuously lobbied for the pipeline to be shut down, saying “the fate of the Great Lakes and Michigan hangs in the balance.” If Whitmer is successful, energy disruptions and price increases would be inevitable, analysts say.

Previously, Whitmer lashed out at Canadian Prime Minister Justin Trudeau after his government bypassed her to ensure an energy pipeline continues operating.

The Michigan governor revoked Enbridge’s easement for its pipeline in the Straits of Mackinac, and now claims the pipe is trespassing on Michigan property. She has threatened to seize the company’s profits.

Despite Whitmer issuing the order to shut down the pipeline, the company ignored Whitmer’s order. The dispute is currently in the court system, with U.S. District Judge for Western Michigan Janet Neff deciding if the pipeline is an issue for state or federal court.

The move from Whitmer has drawn sharp backlash, even from officials from other states in the region.

“I drove to Michigan for one reason: to protect Ohio jobs,” Baldridge said in a statement. “We cannot allow a political decision to get in the way of hardworking Ohioans providing for their families. House Resolution 13 would keep Line 5 safely operating and protect Ohio jobs and protect the Great Lakes Regions’ shared economy.”