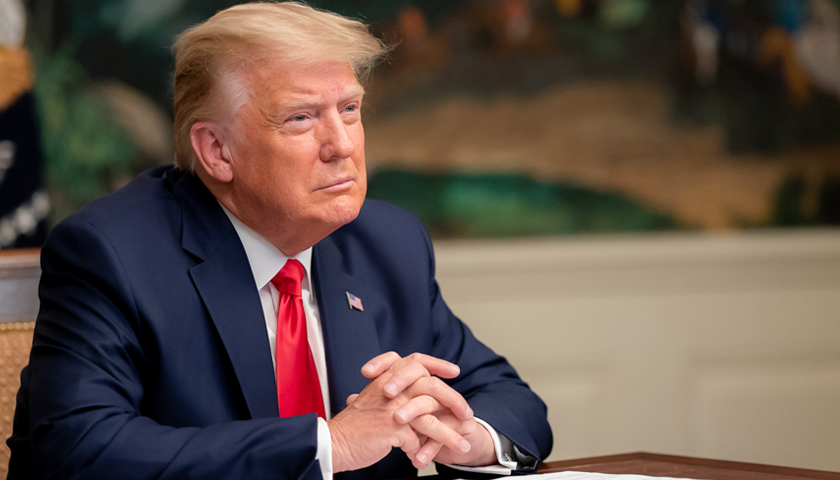 Former President Donald Trump on Monday called lawmakers in Arizona to “decertify the Election,” referring to the state’s 2020 election results.

Citing the results of the recent Maricopa County audit and a congressional election integrity hearing, Trump urged officials in the state to take action.

“The great Patriots of Arizona are anxiously awaiting the Attorney General’s review of the large-scale Election Fraud that took place during the 2020 Presidential Election. The findings of the Forensic Audit Report were clear and conclusive. The results from the Congressional Election Integrity hearing that just took place in Washington, D.C., upon cross examination, were devastating to the other side. The Arizona Legislature (and other States!) should, at a minimum, decertify the Election. The American people deserve an answer, now!” Trump said in a statement.

Recently, the ballot examination of 2.1 million ballots in the state’s largest county ended. After the results were announced, Attorney General Mark Brnovich launched an investigation into the matter, utilizing the state’s Election Integrity Unity (EIU).

“The Arizona Senate’s report that was released on Friday raises some serious questions regarding the 2020 election,” said Brnovich, at the time. “Arizonans can be assured our office will conduct a thorough review of the information we receive.”

Since the declaration to investigate the matter, Brnovich has announced multiple instances of illegal voting throughout the state.

Manuel Aguirre of Sahuarita was indicted on one count of false registration and one count of illegal voting, both felonies. He voted during the 2020 election from the Pima County Jail.

Additionally, 45-year-old Kenneth Russell Nelson, of Tucson, was indicted with one count of False Registration and three counts of Illegal Voting, for illegally registering to vote and casting a vote while he was an inmate at the Pima County Jail.