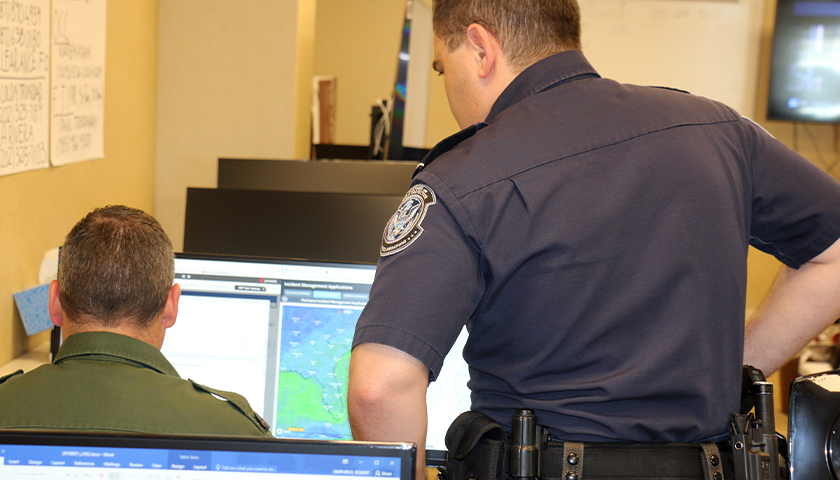 The murder of a Jacksonville man has further stirred Governor DeSantis’ criticism of the Biden Administration’s border policies as news arose that the suspect of the crime was an immigrant who had faked his identity in order to cross the U.S.-Mexico border.

According to a report by News4Jax, 24-year-old Yery Medina Ulloa from Honduras – who pleaded not guilty to second-degree murder on Thursday – posed as a teenager at the border so that he could pass as an unaccompanied minor. However, federal officials have yet to comment on how Ulloa got to Florida.

On October 7th, Ulloa was detained by the local sheriff’s department while covered in the blood of Francisco Cuellar, a man Ulloa had been staying with for two months prior to the incident and who he called “uncle” with no actual relation. According to reports of the incident, witnesses say that Ulloa stabbed Cuellar to death after he was allegedly struck by the victim.

After he was detained, Ulloa gave law enforcement a fake ID that said he was 17, in which then he was put in a juvenile detention facility. After six days in detainment, that ID was determined to be false, and information obtained by the U.S. Immigration and Customs Enforcement from the Honduran consulate told local law enforcement Ulloa’s real name and age.

The case gaining media attention is primarily due to Governor DeSantis notifying several news outlets of Ulloa’s hearing prior to Thursday. DeSantis’ decision to highlight this specific case could be said to further highlight his criticism of Biden’s shaky border restrictions that he has previously said promotes violent criminals coming to the U.S. and Florida specifically.

“This horrific crime is the latest example of how unfettered illegal migration costs Floridians’ lives,” DeSantis said in a statement to News4Jax. “If not for the Biden Administration’s unlawful ‘catch and release’ policy, Francisco Cuellar would still be alive today,” he added.

At a press conference in Jacksonville on Thursday, Governor DeSantis also used this case to address the controversial flights by the federal government that are used to transport immigrants from the southern border to shelters across the nation. Citing a report by the New York Post, DeSantis suggested that Ulloa was on one of those flights before reaching his destination in Jacksonville.

“There was the report in the New York Post about what they’re doing, what the Biden administration’s doing, flying in people who came illegally, dumping a lot in Jacksonville in the middle of the night. And there was an individual who had posed as a 17-year-old – actually was in the mid-20s – brought here, had been here, ended up committing a murder. And so now this individual has been detained, should have never been in this country to begin with, and definitely should not have been dumped in the state of Florida,” DeSantis said.

“These are middle-of-the-night flights, no notification to the state or anybody, and this is not the way you keep people safe. It’s reckless and it’s wrong,” he concluded.

While prosecutors plan to meet with a grand jury on November 18th, a pre-trial date for Ulloa was set for November 30th. If Ulloa is convicted, prosecutors are seeking a sentence of 2 years to life in prison. The state of Florida is aiming to start the trial by March 31st, 2022.