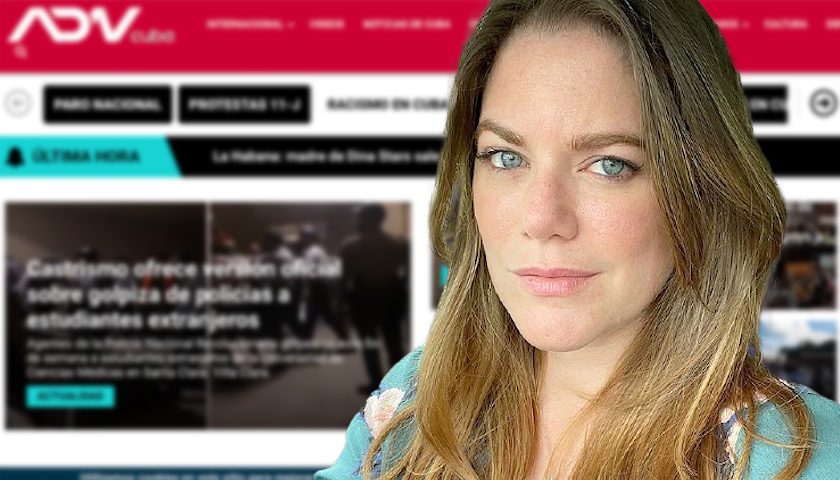 The organization will focus on providing the Hispanic-American market with real-time breaking news, in-depth analysis, and political reporting amid the “growing electoral influence among Hispanics across the country.”

A statement from ADN América officially announcing the launch described the media group as the “brainchild” and “passion project” of Fragela, the former child star of the Cuban children’s program Tato y Carmina whose family fled to Costa Rica when she was nine years old.

Fragela moved to Miami ten years later, where she would begin her career as a journalist and found a news platform known as ADN Cuba. The press release notes that Cuban officials “publicly lashed out” against ADN Cuba for “rallying dissent” during the anti-repression demonstrations that took place in July.

In a detailed statement sent to The Star News Network about the launch of ADN América, Fragela commented on the diverse political values among Hispanic-Americans.

“The mainstream media assumes Hispanic-Americans share the same political values when in fact we are a diverse group with incredibly diverse opinions, beliefs, and interests,” she said; adding, “But we all share one key trait in common; our love for freedom and the desire to participate in the democratic process.”

While citing Hispanics as the fastest-growing demographic in the U.S., the press release states that Hispanics’ participation in national politics is becoming “increasingly important” and that it is “a fact that demands attention from both political parties heading into the midterm elections.”

The press release states that in addition to impacting elections through the voting process, Hispanic-Americans are continually showing strong interest in political office as well as seeking “significant roles” in Congress.

ADN América also plans to be a journalistic and educational resource for first-generation Hispanic-Americans as they “navigate their journey as residents and naturalized citizens;” and they will “provide educational material about how the U.S. economic, legal, and political systems operate, America’s history and leaders – from both sides of the aisle – and shine a spotlight on elected Latino and Hispanic-American politicians.”

As a bilingual news source for Hispanic-Americans – which is unlike most Hispanic news sites who post primarily in Spanish – ADN América plans to publish many of its stories in both English and Spanish in order to appeal to first, second, and third-generation Hispanics who may “gravitate” toward one language or another.

ADN say they plan to “serve as a transitory vehicle” for Hispanics who are implementing English into their daily vocabulary, as the release cites a 2020 Pew Research Center study that said 91 percent of U.S.-born Hispanics spoke proficient English, while 72% of Hispanics in total, and 37% of Latino immigrants can also speak proficient English, as of 2019.

“No matter how diverse our backgrounds and ancestry are, we all share common values enshrined in the foundation of America,” said Fragela.

“Irrespective of whether one is a U.S. natural-born citizen, an immigrant, or political refugee, there is a ‘common DNA’ all Latinos and Hispanic-Americans share – a love for liberty and the American principles of independence and individual self-determination; the desire to live free,” she concluded.

Casey Owens is a reporter for The Florida Capital Star and The Star News Network. Follow him on Twitter at @cowensreports. Email tips to caseyowensreports@gmail.com.
Photo “Gelet Fragela” by Gelet Fragela.