Deal Struck: Gilbert for Virginia Speaker of the House, Kilgore for Majority Leader 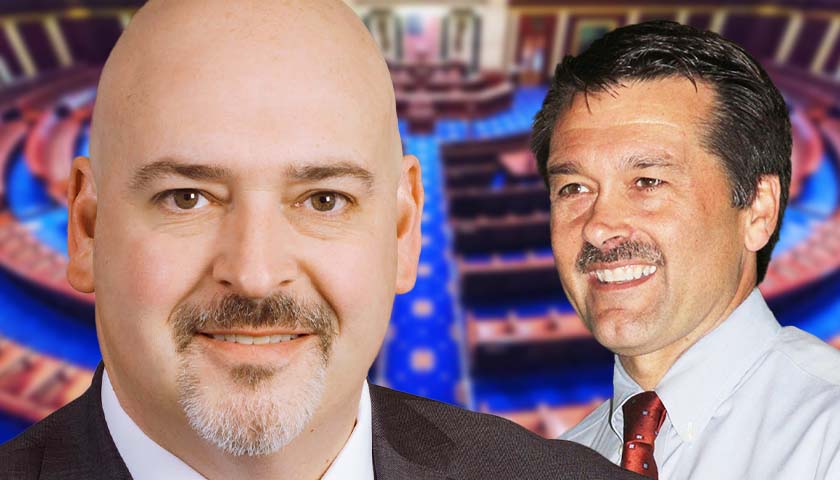 “We are writing to you today to let you know that we have come to an understanding with one another about our intentions with respect to seeking leadership roles. Todd is proud to endorse Terry for Majority Leader, and Terry is proud to endorse Todd for Speaker. Ultimately, any final decision will be left up to you,” they wrote.

The caucus with its newly-elected delegates will meet on Sunday, November 14th to nominate the leadership team.

Kilgore and Gilbert previously battled to be minority leader in 2019, with Gilbert winning. Politically the two are not that different and should be able to work together, according to one source close to the Republican Party of Virginia. Their agreement stands as long as they are both unopposed.

“Tuesday night [election day] was a historic success, and it was due in large part to teamwork. The two of us, along with our entire campaign team, worked very well together and were honored to lead this caucus’ efforts to regain our majority. Barring the announcement of others for these two posts, we believe this is the best path forward to a unified caucus to not only advance our shared conservative agenda, but also defend our majority — regardless of whether that happens in 2022 or 2023,” they wrote.

Internal caucus discussions and politics are often kept private. Kilgore announced his candidacy for Speaker following the House wins on election day in a public Twitter press release. Gilbert confirmed his own candidacy for the seat on Friday morning in a press conference, before both candidates announced their agreement in the Friday afternoon message to the caucus, later shared with The Virginia Star by Gilbert’s staff.

The agreement was first reported by The Virginia Scope; on Monday morning, delegate-elect Tim Anderson (R-Virginia Beach) confirmed the report on The John Fredericks Show.

“We have a dream team. For my first time going into public service, I’m going up with the dream team,” Anderson said. “With a majority in the House of Delegates who’s going to be led by Todd Gilbert, fantastic guy from southwest Virginia. With Glenn Youngkin and Winsome Sears and Jason Miyares, Virginia has the dream ticket right now.”