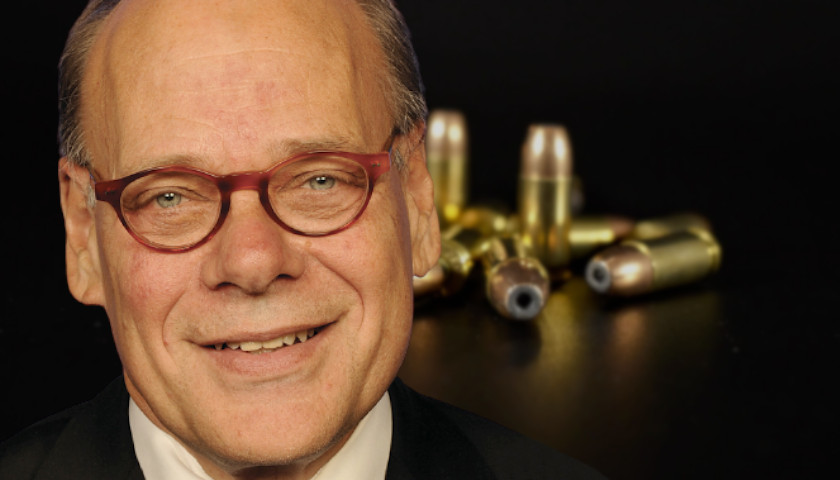 “Show me a case in Memphis where a good man or woman with a gun protected and stopped the use of a weapon. That canard doesn’t occur. That dog won’t hunt. It doesn’t happen. You talk about people losing their Second Amendment rights through these procedures,” Cohen said, referring to various states’ red flag laws.

“Show me a case anywhere, in any of those 16 states or anywhere, where someone had their guns taken and then they were assaulted and shot by someone and couldn’t defend themselves because their guns were taken from them. I don’t think you’ll show me many cases where someone, because they didn’t have their gun with them, were a victim because of red flag taking of their weapons, [which is] a temporary taking.”

Dan Zimmerman, writing about Cohen’s remarks for The Truth About Guns, called Cohen a liar.

“We’re sorry to burst the Congressman’s well-insulated, Beltway-bound bubble, but surely even he heard about the shooting at the West Freeway Church of Christ outside Fort Worth that was stopped by a congregant with a pistol? It was caught on video for all the world to see. But that was almost two years ago! Someone as busy and important as a U.S. Congressman can’t be expected to remember something like that!” Zimmerman wrote.

“OK then, let’s jump in the WayBack Machine and go all the way back to…last week. That’s when an employee of a grain elevator in Nebraska who was armed with a shotgun stopped a workplace shooting after a man who had been fired early that day opened fire. CNN even reported it so it must be true!”

“So far this year, 974 guns have been stolen from vehicles in Nashville. More than 70 percent of ALL guns reported stolen in 2021 (1,369) were taken from vehicles. Last week, 23 guns were stolen from cars and trucks,” according to the press release.

“Going hand in hand with vehicle burglaries is vehicle theft. A review of last week’s stolen vehicle reports in Nashville shows that 69 percent of the automobiles taken (37 of 54) were easy targets because the keys were left inside or made available to thieves. Two of the 54 vehicles stolen were left running without the driver present. Just like guns taken from vehicles, these stolen autos are also routinely involved in criminal activities, including car jackings and robberies.”

Numerous states have passed red flag laws in recent years as part of a gun control crackdown, including in Florida, when then-Governor Rick Scott signed the Marjory Stoneman Douglas High School Public Safety Act in 2018. That law permitted law enforcement to get a court order and seize firearms from people whom authorities considered a danger to themselves or others.

In 2019, the South Florida Sun Sentinel reported that approximately 2,000 Floridians have had their firearms seized by law enforcement under Florida’s Red Flag law.