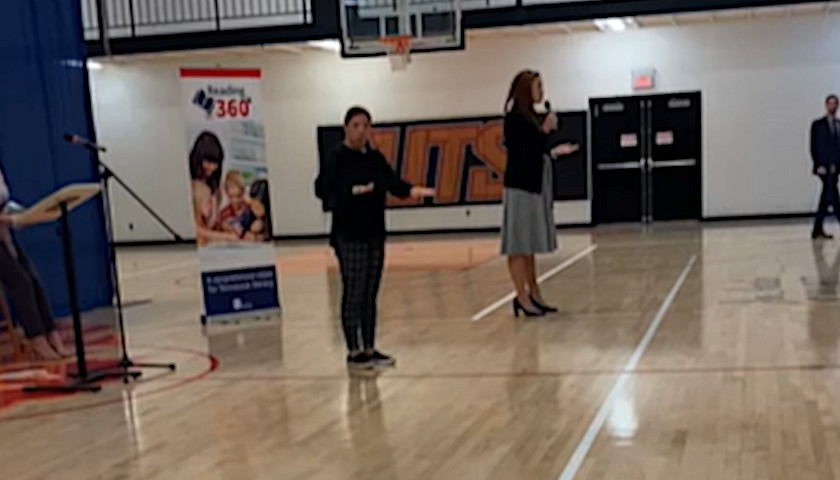 The Tennessee Department of Education held its third Town Hall meeting on Monday at the University of Tennessee outhern’s Curry Athletic Complex. The meeting was also live-streamed on their Facebook page.

Similar to the first town hall held in Hendersonville, a representative from the Tennessee Department of Education (TDOE) announced that the discussion at the meeting was not intended to replace the current Basic Education Plan, or BEP, until a new funding plan was passed by the General Assembly.

TDOE Commissioner Penny Schwinn spoke before the attendees voiced their opinions. She said, “We do want a student-based funding program, but what goes into that is literally being built in real-time based on the feedback we’re hearing from Tennesseans.”

Although the Pulaski town hall was more lightly attended than the Hendersonville event last week, only six attendees spoke at the meeting, and almost every one was either a former teacher, related to a teacher, or had connections to the Tennessee Department of Education.

The majority of comments were focused on funding for schools. Half of those that spoke focused on money in schools and they were either former teachers, had worked in the education system, or were related to teachers.

One of the speakers, Ryan Egly, said that he was with Lawrence County Chamber of Commerce and was concerned for students that graduated and were not able to find job opportunities after high school. He commented that “we believe that whatever funding formula comes up next has to address the next generation, jobs.”

After the town hall, Commissioner Penny Schwinn allowed time for questions. One man asked, “when it gets started, how far down the road could we see changes in funding, and the money coming in, and we can see it. Hopefully before the Second Coming, but give us an idea.”

The Commissioner responded, “We’ve been talking about funding for a long time. And so this is really – and hopefully, you are hearing in earnest – a very intensive time period, where we can have laser-like focus on the things that we want and that we want to build.”

She explained that if a bill were to be passed before the General Assembly, that there would be between a year to a year-and-a-half for the transition of the new funding program.

Another man asked if students with special needs or that were handicapped would be used for a school to get more money through funding.

Commissioner Schwinn said,”There are lots of students who we might say in a funding formula that we want to ensure that they get a little more support if they have dyslexia, especially in the youngest grades. And so it really does depend on the needs of the student.” She did specify that there would be a required Individualized Education Program (IEP) or a written 504 plan.

At the end of the meeting, Commissioner Schwinn reminded attendees that they were encouraged to continue to reach out to the Tennessee Department of Education with questions and comments through [email protected], or through their Twitter Town Halls.

Details on upcoming Town Hall meetings are listed on the Tennessee Department of Education website.

Morgan Nicole Veysey is a reporter for The Tennessee Star and The Star News Network. Follow her on Twitter. Email tips to [email protected].
Image “Pulaski TDOE Town Hall” by Tennessee Department of Education.