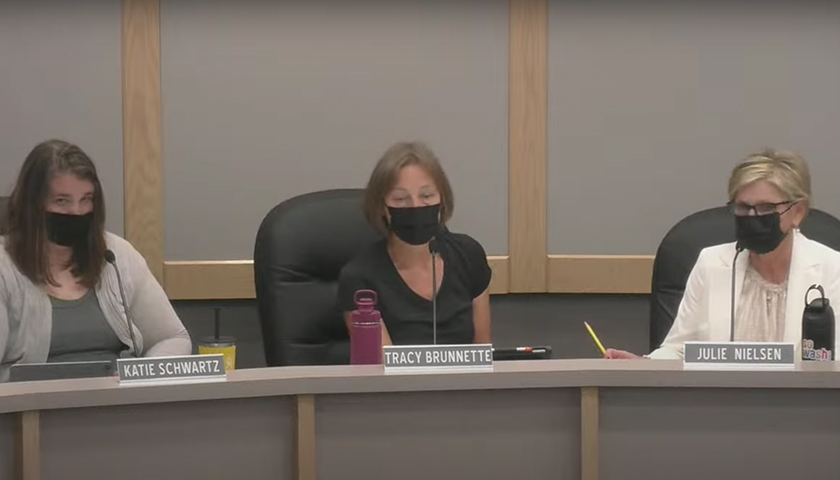 South Washington County Schools now requires teachers to nurture “anti-racist learning environments” as part of the district’s “racial equity journey,” according to an official policy the school board approved earlier this year.

The South Washington County Schools Board unanimously passed a “Racial Equity and Inclusion Policy” at its Aug. 26 meeting. This policy is “riddled with divisive, blatant and vile racism from top to bottom,” said parent Eric Tessmer, who is now running for school board.

“This is racism from top to bottom. I don’t care how you spin it,” he said at the August meeting. “If policies such as this take hold in our communities and in our institutions, this nation is never going to heal, ever. Ideas such as this are toxic to a civil society.”

The policy states that the district will “listen [to] and value all voices, with intentional amplification of historically underrepresented or undervalued voices and perspectives.” Tessmer thinks this will inevitably create a learning environment where some “voices” are valued more than others.

“Who is to be the arbiter of which of our children’s voices are valued more?” he asked.

Nonetheless, the district has vowed to nurture “anti-racist learning environments” and “foster a culture of anti-racism.”

“We will provide professional development opportunities for staff that focus on combating systematic and institutional racism and further develop the attitudes, skills and beliefs that are necessary to support each student and their families,” the policy states.

“Government speech” is a legal doctrine that allows the government to “assert its own ideas and messages without being subject to First Amendment claims of viewpoint discrimination,” according to the Free Speech Center at Middle Tennessee State University.

However, it is “not always clear when the government is speaking for itself instead of unconstitutionally restricting others’ speech,” according to Cornell Law School.

“Government speech is speech related to the public entity’s actual mission, like statements about a flood, an arrest or legislative action, which is therefore protected from legal challenge. But trying to insulate controversial speech from alternative views and legal challenge by labeling it government speech is an inappropriate attempt at suppressing other views and illegal,” he said after Rochester Public Schools approved a similar policy.

South Washington County Schools views itself as being on a “racial equity journey” that requires “continuously examining our policies and practices to remove obstacles that contribute to systemic inequities.”

“We will actively create a safe space to engage in conversations around race, ethnicity, and culture,” says the racial equity policy.

“All school district staff are responsible for adhering to this policy,” it notes. “In addition, any individuals or groups renting or utilizing district facilities must adhere to this policy.”

Anthony Gockowski is Editor-in-Chief of Alpha News. He previously worked as an editor for The Minnesota Sun and Campus Reform, and reported for The Daily Caller.
Photo “School board meeting” by SoWashCo Schools.