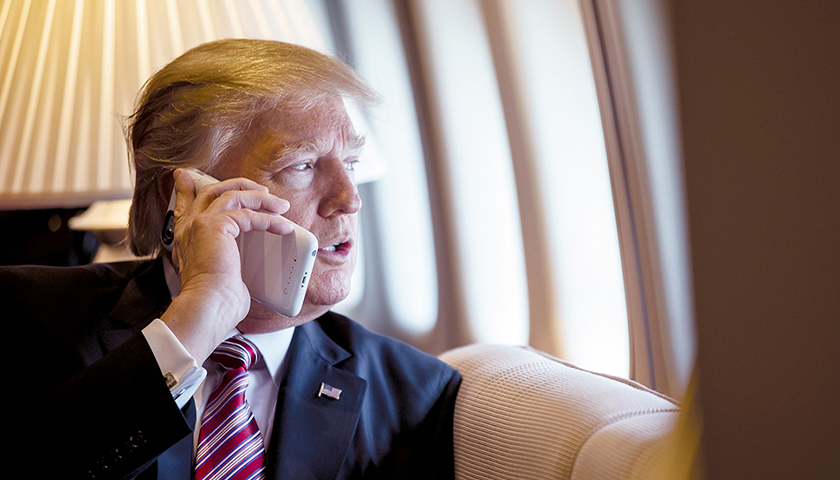 Former President Donald Trump on Monday will hold a tele-rally for Virginia GOP gubernatorial candidate Glenn Youngkin and other Republican contenders in the state.

The rally, which will be held at 8:00 PM EST, is aimed to encourage supporters to vote in the statewide election on Tuesday.

Before the start of the event, supporters will receive a text or email with directions to join the call with the former commander-in-chief.

In a statement on Monday, Trump claimed that members of the media are attempting to sow division between him and the Youngkin campaign.

“Importantly, this is not true, we get along very well together and strongly believe in many of the same policies. Especially when it comes to the important subject of education. The reason the Fake News and perverts are working over time is to try and convince people that we do not like each other, and therefore, my great and unprecedented Make America Great Again base will not show up to vote,” he said.

Instead, Trump encouraged his voters to head to the polls to support Youngkin and other Republicans in the state.

“Remember this, Glenn Youngkin is a good man, a hardworking man, a successful man. He loves Virginia and wants to cut your taxes, save your children’s education, and many other very good things,” he continued.

“Get out and vote for a man who will be a great governor, Glenn Youngkin!”

Recent polls have demonstrated that the race between Youngkin and Democrat Terry McAuliffe is virtually tied.

Furthermore, a survey from Fox News demonstrated that Youngkin is leading McAuliffe by approximately 8 points.