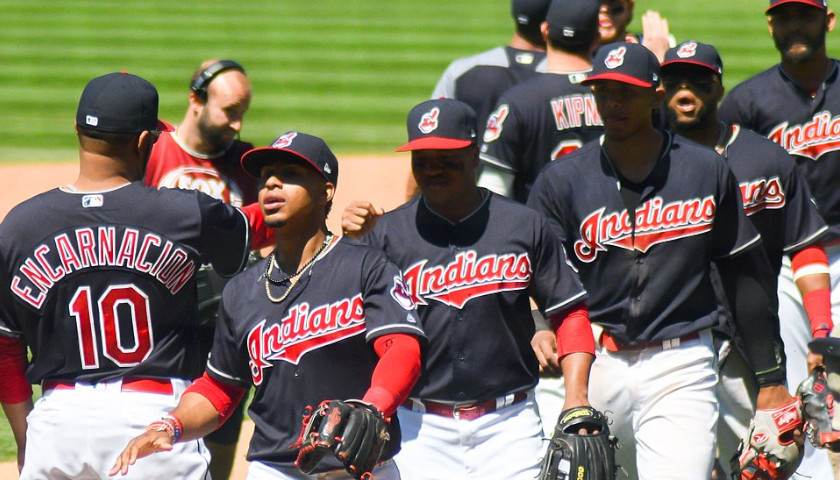 The Cleveland Indians of Major League Baseball (MLB), who recently caved to pressure from woke leftists and decided to change its name, are already facing difficulties.

In July, the team announced that it would ditch the “insensitive” Indians nickname for something more politically correct. They chose the Guardians as an alternative.

Unfortunately, there is already a team called the Guardians in Cleveland, a roller derby squad that hasn’t taken kindly to the MLB team’s imposition.

The roller derby team reportedly reached out to the ball club, asking it to either pick another nickname or buy the rights to their nickname and logo – a logo whose font is unmistakably similar to the one rolled out by the MLB team in July.

“I love baseball and the last thing that we wanted to do is file this lawsuit, much less filing this lawsuit during the World Series,” Christopher Pardo, attorney for the Cleveland Guardians Roller Derby team, reportedly said. “The Cleveland Indians told us that they wanted until 5 p.m. on October 26th to extend a proposal. They chose that time, which was hours before the first pitch of the World Series. We had nothing to do with that. We wanted this wrapped up a long time ago.”

According to Pardo, the baseball team’s new nickname has been a significant burden on the roller derby club, which has had issues ordering equipment and other team attire, as vendors have assumed they are in fact the baseball team.

“Well, until a few months ago, the Cleveland Guardians meant one thing,” Pardo reportedly said. “It meant roller derby. And in July of 2021, the Cleveland Indians changed that entirely. With a single announcement, they blasted a longtime Cleveland roller derby team into oblivion.”

The latest story of wokeness gone wrong is reminiscent of a 2020 attempt to rebrand by the band then called Lady Antebellum.

Leftists took offense to the term “antebellum,” which is a vague reference to the time before the American Civil War. The band thought it had an easy solution, and simply renamed itself Lady A, which was a nickname by which the band was already known by many of its fans.

However, it turned out that there was already an artist called Lady A. That artist, a 61-year-old black, female Blues musician, had been called Lady A for 20 years.

“This is my life. They’re using the name because of a Black Lives Matter incident that, for them, is just a moment in time,” the original Lady A said in the wake of that controversy.

Pete D’Abrosca is a contributor at The Ohio Star and The Star News Network. Follow Pete on Twitter. Email tips to [email protected]
Photo “Cleveland Indians” by Erik Drost. CC BY 2.0.