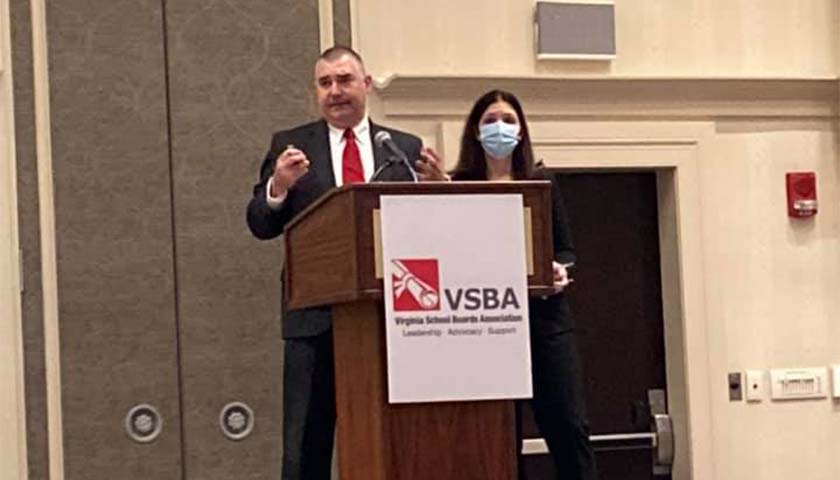 The OSBA thrashed its parent organization, which sent a letter to the White House describing conservative parents who have protested Critical Race Theory (CRT) and transgender bathrooms as potential violent threats. The letter, though, did not cite any violent acts by any parents.

We were not informed of or asked for any input into the creation of the letter sent to the president. We believe in the value of parental and community discussion at school board meetings, and there is tremendous value in allowing and encouraging the public to have meaningful input into the decision-making process … We believe the letter from NSBA leadership demonstrated how out of touch the national association is with the concerns of local school boards and the principle of local control. Because of that, OSBA no longer sees the value of continued NSBA membership.

Virginia has been ground zero for parent protests, who even protested Garland’s directive in a “Not Domestic Terrorists” rally outside the Department of Justice (DOJ) headquarters.

Most recently, the focus has returned to the Loudoun County School Board (LCSB), where Scott Smith was arrested on June 22.

Smith’s daughter was allegedly raped weeks prior by a boy in a skirt in a Loudoun County high school bathroom, and the school district has faced weeks of allegations that it covered up that alleged sexual assault after it was first reported by The Daily Wire.

McAuliffe has been raked over the coals for a comment he made during a September debate regarding parents’ roles in their children’s education.

“I don’t think parents should be telling schools what they should teach,” he said indignantly at the time.

Last week, McAuliffe walked out of an interview when the subject was broached by a reporter.