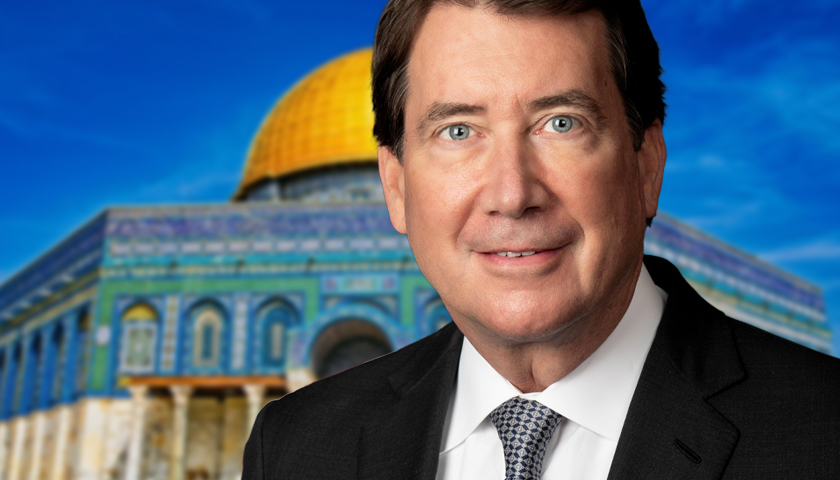 In a press release on Tuesday, Tennessee Senator Bill Hagerty (R-TN) announced that he and Senator Bill Cassidy (R-LA) led 35 Republican senators to introduce the Upholding the 1995 Jerusalem Embassy Law Act of 2021, a bill to protect the full and faithful implementation of the Jerusalem Embassy Act of 1995 and block the Biden Administration’s efforts to subvert the law.

Under the Trump administration, the United States fully implemented the Jerusalem Embassy Act of 1995 by formally recognizing Jerusalem as the capital of the State of Israel on December 6, 2017, by moving the U.S. Embassy to Israel’s capital city of Jerusalem on May 14, 2018, and by closing the U.S. Consulate General for the Palestinians and merging its functions into U.S. Embassy in Jerusalem’s new Palestinian Affairs Unit (PAU) under the U.S. Ambassador to Israel’s Chief of Mission authority.

President Joe Biden has said he will not reverse former President Donald Trump’s recognition of Jerusalem as Israel’s capital, however, Biden promised in his election campaign that he would reopen the consulate to the Palestinians in Jerusalem.

“President Biden continues to push forward his inflammatory plan to establish a second mission in Israel’s capital city of Jerusalem—one for the Israelis and a second one for the Palestinians—despite the fact that this plan violates the Jerusalem Embassy Act of 1995 and is completely opposed by the Government of Israel,” Senator Hagerty said in a statement.

“It is regrettable that the Biden Administration insists on making moves that divide the United States and Israel when our two nations should be laser-focused on stopping Iran’s terror-sponsoring regime from going nuclear, on countering growing threats from Hizballah, Hamas, and other Iran-backed terrorist groups, and on strengthening and expanding the historic Abraham Accords that truly have increased peace in the Middle East. The Trump Administration kept its promise to move the U.S. Embassy to Jerusalem, the eternal and indivisible capital of the Jewish State, and Congress must do everything in our power to strengthen our posture,” Hagerty continued.