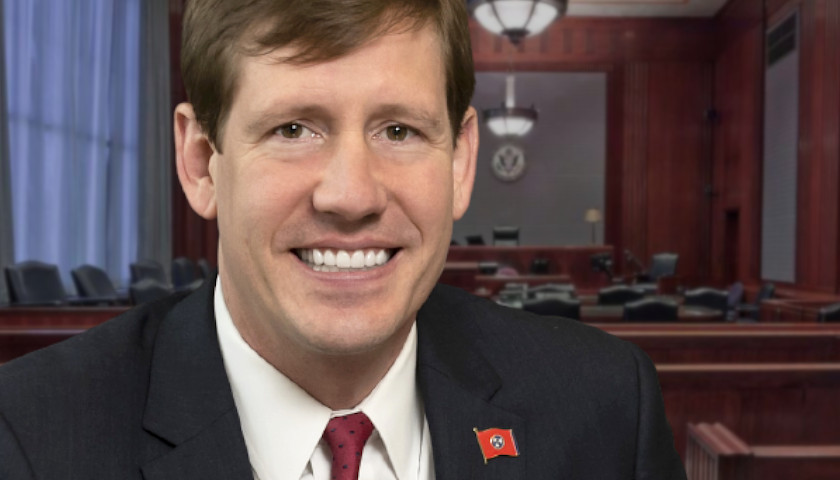 More details emerged Tuesday about the circumstances that led to the federal indictment of Tennessee State Senator Brian Kelsey (R-Germantown) as well as details about a federal prosecutor — a former Obama appointee — involved with the case.

ABC News reported that the allegations against Kelsey “resemble a complaint against Kelsey’s campaign filed with the Federal Election Commission and the Department of Justice in 2017 by the Campaign Legal Center.”

“That complaint claimed that independent expenditures made by the American Conservative Union in the 2016 race were coordinated with Kelsey’s congressional campaign,” ABC News reported.

“I believe that the Brian Kelsey indictment—following our 2017 complaint—marks only the second criminal coordination prosecution in the 12 years since Citizens United supercharged big money outside spending,” Fischer wrote.

Fischer, in another tweet, alleged that Kelsey “illegally laundered state campaign money into his federal race by way of American Conservative Union.”

Earlier this month, The Dispatch published an article about The American Conservative Union (ACU) as well as Kelsey.

The Dispatch reported that Kelsey’s state senate campaign “sent more than $100,000 to a political action committee, the Standard Club PAC, affiliated with a Nashville members-only club. That PAC then sent $37,000 to a federal PAC called Citizens 4 Ethics in Government, which then turned around and sent $36,000 to the ACU. The Standard Club PAC also sent $30,000 to the ACU directly.”

“Immediately thereafter, the ACU, which had endorsed Kelsey in the federal race shortly before, inked an $80,000 radio ad buy trumpeting him as the race’s true conservative champion,” according to The Dispatch.

The publication also said that “Kelsey’s six-figure donation was the only one the Standard Club PAC received during the relevant reporting period.”

“The CLC filings, based on Kelsey’s financial disclosures and reporting in the Tennessean, alleged that Kelsey appeared to have financed his own endorsement by a supposedly independent third party, with the money trail obscured through several shell PACs,” according to the publication.

“What’s more—and from the point of view of federal election law, this is the salient point—the CLC alleged Kelsey appeared to have financed that in-kind contribution to his federal campaign with money from his state accounts, which is prohibited by law. In addition to the state-to-federal campaign issue, they argued, the flow of money strongly suggested that ACU had coordinated with the Kelsey campaign in its ad expenditures, making that spending a forbidden in-kind contribution.”

The Dispatch also reported that George Soros has donated to The Campaign Legal Center, which reportedly makes FEC complaints against both parties — although the publication did not elaborate.

ACU spokeswoman Regina Bratton told The Tennessee Star via email Tuesday that her organization has cooperated fully with the investigation since 2018.

“We take compliance seriously, and [we] are very proud of the work we continue to do to advocate for conservatism,” Bratton said.

“Neither ACU nor any member of the Board is a subject or target of this investigation.”

Kenneth Polite of the U.S. Department of Justice

The U.S. Senate’s website said senators confirmed Polite to his current position by a vote of 56 to 44. The following Republican senators voted to confirm Polite:

The USDOJ’s website said this year that Polite, in his current position, supervises the Criminal Division’s more than 600 federal prosecutors. Those prosecutors investigate, among other things, organized and transnational crime, gang violence, public corruption, and international narcotics trafficking.

In a July press release, the Washington, D.C.-based law firm of Morgan Lewis identified Polite as a partner.

“During Kenneth’s time with Morgan Lewis, he served on the firm’s racial justice task force, Mobilizing for Equality, including as a co-leader of the Conversation on Privilege and Anti-Racism working group,” according to the law firm’s press release.

On Monday, Kelsey proclaimed that he’s innocent and the target of a political witch hunt.

“The Biden Administration is trying to take me out because I’m conservative, and I’m the number one target of the Tennessee Democratic Party. I won my seat only 51 percent to 49 percent last time, and the Democrats think this will make the difference. They’re wrong,” Kelsey said Monday.

“These five-year-old, unfounded allegations have been reviewed and re-reviewed. They were wrong then, and they’re wrong now. I’m totally innocent, and I look forward to being cleared at trial.”