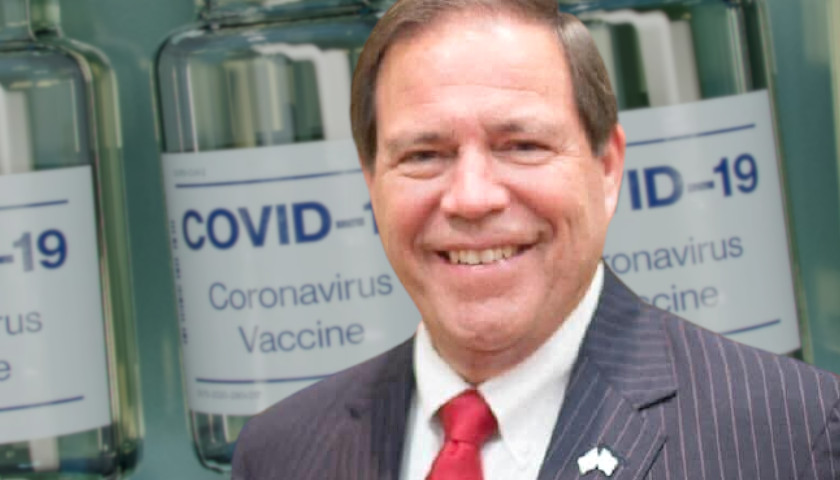 A local sheriff responded to President Biden’s COVID vaccine mandate for businesses with 100 or more employees. Knox Sheriff Tom Spangler sent Biden a letter telling the president that he would not be enforcing the mandate on his staff.

Spangler said in his letter that enforcing the mandate was unconstitutional and was putting the lives of the people of Knox county at risk.

He continued on and said that if he were to enforce the mandate, that his county would lose an already dwindling workforce:

We are in a time in our country where men and women are leaving the profession of law enforcement in record numbers. If I were to enforce this mandate; it is likely we could lose a large majority of our workforce, putting the lives of our citizens in immediate danger. Our deputies, correction officers, and support staff are overworked and underpaid.

Spangler posted a copy of his letter onto his Twitter account, and users were quick to voice their opinions.

Many replied and said that Spangler shouldn’t have his position and that COVID was more of a risk to the people of Knoxville than the vaccine for his staff was.

One user said, “Land of the Free because of the Brave? Apparently not brave enough to get an extremely safe and worthwhile vaccination. If they won’t do this for public safety, why should they be trusted in carrying out other things for public safety?”

Another user’s reply was a link to a YouTube video. In the video was President Biden, where he made the statement that he would not enforce a vaccine or mask mandate.

While the majority of the comments on Spangler’s tweet were negative, there were a handful of users who backed the sheriff and thanked him for his work. A few said that they would vote for Spangler if he ran for his sheriff’s position again.

With a similar post made to the Knox County Sheriff’s Facebook post, one user commented: “Sheriff Spangler, you are the epitome of an American. It is my pleasure to have known you these past 20+ years. You have always stood for the citizens of Knox County and this only solidifies that fact. Keep up the great work.”

At the end of his letter, Spangler told the president:

We are still the land of the FREE because of the BRAVE. It is my hope that more community leaders will stand against this unconstitutional mandate. I am hopeful they see it for what it is– Government overreach.

As of now, Spangler has not said if he received a reply from Biden or the White House.