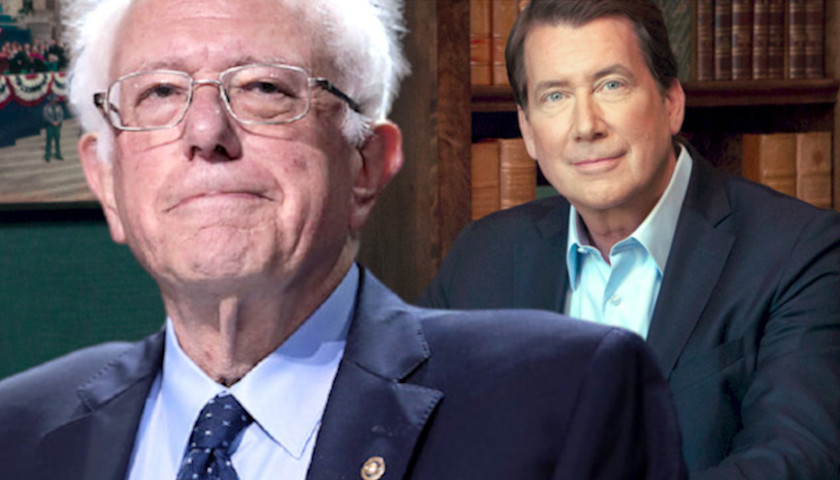 Senator Bill Hagerty (R-TN) and Senator Bernie Sanders (I-VT) may hold wildly opposite perspectives on economic, domestic, and foreign policy, but Hagerty says he hopes Sanders will join him in opposing one specific portion of the reconciliation bill.

Hagerty wrote to Sanders in a letter late last week, a copy of which was obtained by The Tennessee Star. The senator from Tennessee said in the letter that the senator from Vermont has criticized large-scale migration that displace American workers — especially corporate-driven immigration policies. Hagerty told Sanders that those policies inflict harm upon Americans’ job opportunities, wages, and employment conditions.

“You could imagine my shock in discovering that the ‘Build Back Better’ reconciliation bill, which has been passed out of the applicable House committees, contains several breathtaking immigration provisions that have long been the crown jewel of corporate lobbying. Entirely separate from the controversial provisions in the House bill providing legal status to illegal immigrants, the bill includes several provisions that effectively terminate, for at least 10 years, all numerical limits on the annual allotment of green cards. Of particular concern is the elimination of statutory caps on the entry of foreign workers employed by many of America’s largest and most powerful corporations,” Hagerty wrote.

“No corporate lobby has more consistently and vociferously lobbied for these uncapped foreign worker programs than the technology giants in Silicon Valley. These provisions are of, by, and for Big Tech, and the multi-multi-billionaires of Big Tech stand to benefit from them the most. Their effect will be to make Big Tech more powerful and unaccountable and to concentrate even more power in the hands of fewer people.”

Hagerty said such provisions would allow Facebook, Microsoft, Google, and other American technology companies “to employ a limitless supply of cheaper foreign labor in place of willing, able, and qualified American workers.”

“Also, American workers currently employed by these companies will be far less likely to see wage gains or increased compensation because employers will have the leverage to easily replace them at less cost with workers imported from overseas,” Hagerty wrote.

Hagerty asked Sanders to publicly oppose these green card provisions and to demand their removal from the legislation before it goes to a vote in the House.

Robert Law, director of regulatory affairs and policy for the Center for Immigration Studies said last week that it’s “outrageous that congressional Democrats and the Biden administration are trying to ram through a massive amnesty and significant increases of legal immigration during this historic and worsening border crisis.”