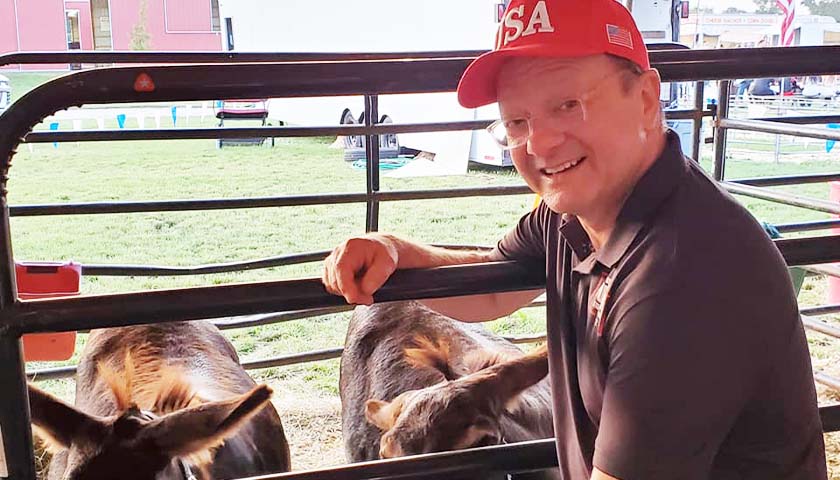 COLUMBUS, Ohio – A suburban Columbus businessman seeking the Ohio GOP nomination for the U.S. Senate has pushed back against the Center for Christian Virtue, the host of an October 25 forum featuring six other Republican candidates after its disqualification from participating on the debate stage and the subsequent cancelation of contract affording the candidate a campaign table outside the auditorium.

The candidate, Mark Pukita, also challenged the CCV public policy group for calling one of three radio ads created as part of the rescinded sponsorship anti-Semitic for its mocking of Senate candidate and former Ohio Treasurer Josh Mandel’s church-centered campaign.

CCV levied the anti-Semitism charge after the Pukita campaign submitted three, 30-second radio ads in which one challenged the sincerity of candidate and former Ohio Treasurer Josh Mandel, a Jewish man who has focused his campaign on courting evangelical Christians through a church-centered campaign largely focused on promoting traditional family virtues.

Pukita said the submitted and approved radio ads lampoon all of his Senate opponents as phonies. The third one contains a voice actor saying the line: “Are we seriously supposed to believe the most Christian values Senate candidate is Jewish?  I am so sick and tired of these phony caricatures.”

“It’s not a personal attack; it’s lampooning, which is a lost art in politics,” Pukita said in an interview with The Ohio Star. “It had nothing to do with religion; it has to do with the phonies in the U.S. Senate race.”

Pukita noted co-host 98.9 FM, The Answer, part of the conservative Salem Media Group, still ran the ads as part of his campaign’s sponsorship package, which the candidate said the CCV cancelled after business hours on Friday, Oct, 22,

“That’s not acting like Christians,” he said, “and they’re not acting virtuous.”

The campaign put out a press release soon after the cancellation of the contract.

The Star also reached out to Mandel campaign manager Scott Guthrie, who declined to comment.

The Pukita campaign first encountered issues with the CCV in mid-August when it sought participation in the American Leadership Forum event where all candidates – Republicans and Democrats – seeking to replace U.S. Senator Rob Portman, R-OH, were invited. Portman announced in late January he would not run for a third, six-year term.

Neither Democrat accepted the invitation.

Pukita said his campaign never received timely information regarding the qualifications for the stage platform. When he was finally shown a document  three days before the Sept. 30  application deadline, it learned the criteria included having raised or borrowed a combined $1 million or more.

That date was also the Federal Elections Commission third quarter for federal office campaign finance reporting, with the actual filing due on October 15.

The campaign alleges its further meta data investigation of a letter produced with that criteria, the Pukita campaign said, and confronted CCV counsel John Hunt with  its belief the August 15 document was in fact created in late September to fool the campaign.

“They rigged it,” Pukita said.

He also noted the forum invited Ohio State Senator Matt Dolan (R-24-Chagrin Falls), onto the stage despite his late September entry into the field, meaning he did not have to filed FEC financial statements.

Pukita said he has no formal evidence showing why CCV, formerly known as the Citizens for Community Values, would want to keep him off the forum stage for the two-hour event.

He is the only U.S. Senate candidate supporting the efforts of the reform caucus on the Ohio Republican Party State Central Committee seeking to resolve deficient accounting records practices  and preventing the party from pre-primary financial support and endorsements, particularly of Ohio Governor Mike DeWine, GOP Chairman Bob Paduchik has promoted.

“I would have certainly have alluded to Ohio Republican corruption on the stage,” Pukita said. “Someone had to have leaned on them.”

Brian R. Ball is a veteran Columbus journalist writing for The Ohio Star and the Star News Network. Send him news tips to [email protected]