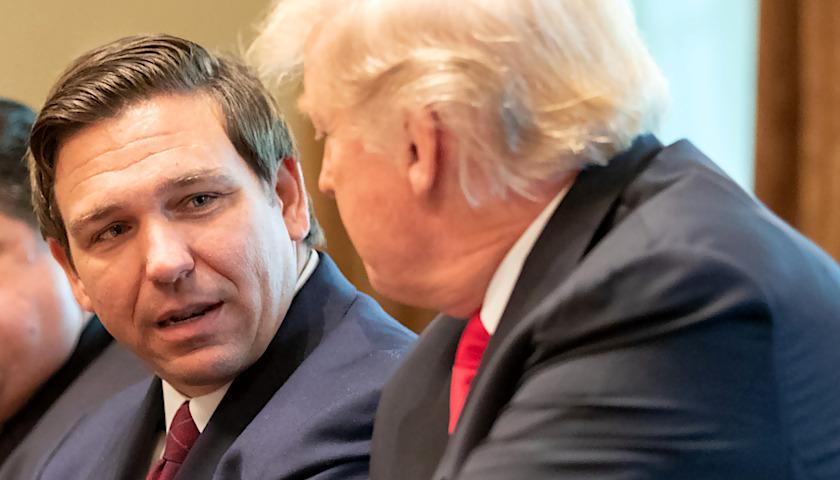 A recent poll by the University of New Hampshire shows the state having Florida Governor Ron DeSantis ahead of former President Donald Trump in approval rating among 2024 GOP primary voters.

While DeSantis shies away from questions regarding his potential presidential campaign, his approval rating being higher than Trump’s in New Hampshire is pivotal given that it is the first state on the Republican primary calendar in 2024.

Additionally, for voters whose first choice was former President Trump, DeSantis is “second choice among most Trump supporters,” or 71%, according to the poll. Only 8% of Trump supporters in the poll say Texas Senator Ted Cruz would be their second choice. For voters whose first choice is not Trump, DeSantis leads with 38%, with Trump following at 11%.

Of the 1,061 people surveyed for the poll that took place from October 14th to October 18th, 441 were likely Republicans, and the other 427 were Democrats, with an overall margin of sampling error of plus or minus 3%.

The 441 Republicans were surveyed with a margin of sampling error of plus or minus 4.7%.

As stated by the poll, “Trump, DeSantis, and Cruz are the best known and best liked potential GOP candidates. Nearly all likely Republican primary voters have an opinion of Trump, Cruz, Pence, and Romney, despite their very different levels of popularity, while DeSantis is slightly lesser known, but is most popular.”

Although DeSantis gained the most second-choice votes and his net favorability is higher than Trump’s, when surveyed voters were asked ‘who they would support if the primary was held today,’ Donald Trump beat DeSantis 43% to 18%, with the next highest percentage of votes going to the “don’t know” or “not sure” category.

As reported by The Florida Capital Star, Trump made comments about a potential presidential run against DeSantis in 2024, suggesting that there would be no competition.

“If I faced him, I’d beat him like I would beat everyone else,” Trump said. “I don’t think I will face him … I think most people would drop out, I think he [DeSantis] would drop out.”

Neither Trump or DeSantis have made anything official regarding their plans to run for President in 2024.