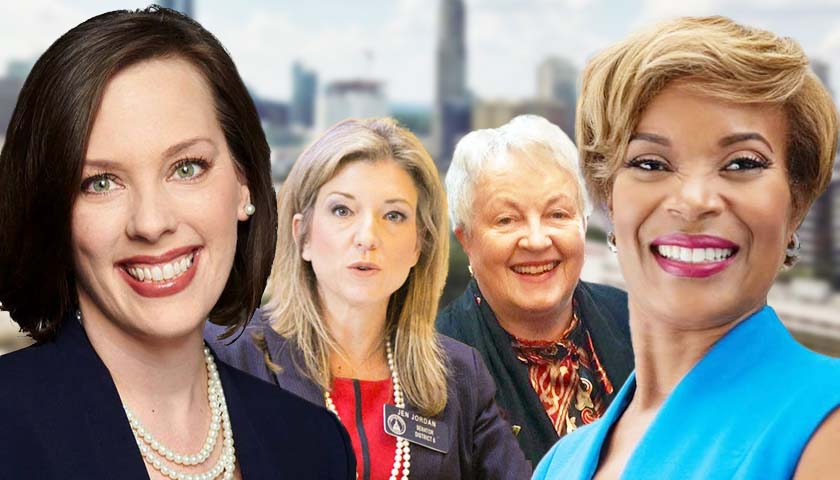 A group of Georgia state legislators, all Democrats, have come forward to publicly oppose Buckhead residents’ efforts to secede from crime-plagued Atlanta.

But the residents of Buckhead who want to separate have responded to those lawmakers.

In a press release, Buckhead residents accused these legislators of scaremongering and spreading “hyperbolic drivel.”

The Buckhead City Committee is a nonprofit volunteer organization. Members raise funds to, among other things, tend to legal and political counsel, advertise and promote materials, and establish a new city charter.

Buckhead City Committee CEO Bill White responded to the Democrat legislators in an emailed press release and said the following:

• Buckhead City will not financially devastate Atlanta. Buckhead, White said, would keep less than 10 percent of the City of Atlanta’s annual budget, while reducing Atlanta’s population obligations by 20 percent.

•Buckhead City will not “break up” Atlanta. White said that the opposite is true and that “just as a dangerous and dying Buckhead signals the end of Atlanta’s reputation as a great city, a safe, strong, and prosperous Buckhead is essential to the perception of Atlanta as a great city.”

• A new mayor will solve nothing. White said that the City of Atlanta “is poorly managed, unresponsive, and incapable of addressing the concerns of Buckhead. A new mayor is no solution.”

• Atlanta Public Schools (APS) will continue to serve Buckhead families. White said the law is silent on what happens when the city limits contract. The law, White went on to say, does not specify that APS shall have the same boundaries as the city. White said “no one believes APS will forfeit Buckhead and commensurate funds collected in taxes. We are confident APS will serve Buckhead City.”

Buckhead residents and businesses have contributed $1 million to support the initiative to create Buckhead City, members of the Buckhead City Committee said earlier this month.

White previously said Buckhead residents are fed up with what he called rising crime rates and an underfunded and understaffed police force.

Members of the Georgia General Assembly announced late last month that they will convene a three-week long special session starting November 3. There, they will hold hearings and discuss whether Buckhead should incorporate as a municipality separate from Atlanta.

The hearings were announced at a press conference by Senator Brandon Beach (R-Alpharetta), author of a bill that would put Buckhead City on the November 2022 ballot.

Carlson said Atlanta leaders have made too many inflammatory remarks about Buckhead, which is wealthy. He said district residents have endured that abuse in silence. Buckhead residents account for a fifth of Atlanta’s entire budget, he said. Carlson said Buckhead residents shouldn’t have to “send huge sums of money to a city that hates them.” He blamed Atlanta Mayor Keisha Lance Bottoms for motivating hundreds of Atlanta Police Department officers to exit the force.