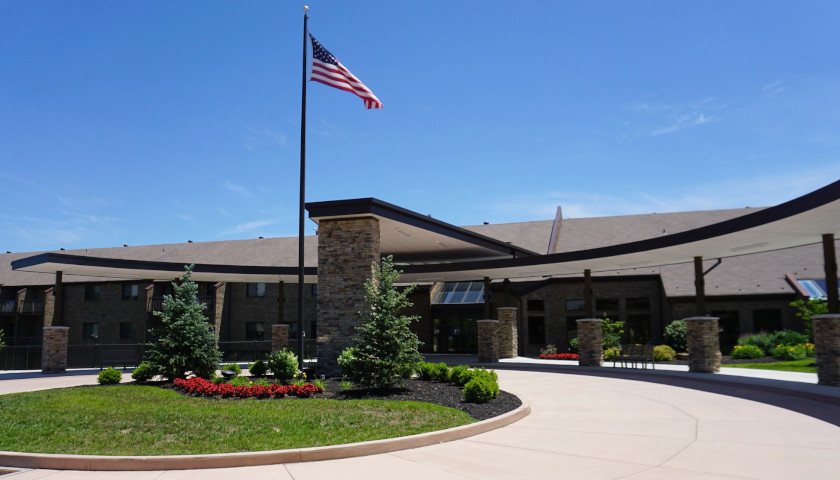 CINCINNATI, Ohio – Two nurses and an activity aide at a Cincinnati nursing home claim poll workers employed by the Hamilton County Board of Elections prompted choices on absentee ballots for patients, including those in a dementia/Alzheimer’s/memory care unit.

The claims bring into sharp focus whether Ohio election law makes it too difficult to have voters disqualified for lack of mental competency to choose candidates and chime in on tax levies.

Registered nurse Gabrielle Daignault contacted The Ohio Star after poll workers visited the early afternoon of October 20 to assist residents of the Brookwood Retirement Community who had asked for absentee ballots and assistance to mark them.

She said she observed poll workers helping fill out ballots of some residents who are dementia/Alzheimer’s patients on her duty roster.

“They are sitting there, unable to tell us their name or the date,” Daignault told The Star in a telephone interview. “It’s like having children vote.”

The November 2 ballot includes a race for the Princeton City School District with three candidates vying for two board of education seats; a Sycamore Township race with three candidates seeking two trustee seats; and tax levies for the Great Parks of Hamilton County District and the Children’s Services division of the Hamilton County Department of Jobs and Family Services.

In one of the cases she directly observed, Daignault said the poll worker nudged the resident to vote a certain way.

Brookwood nursing aide Tricia Hennen confirmed Daignault’s observations, including the prompting by a poll worker on the parks levy issue.

“She didn’t understand the questions at all,” Hennen said.

Hennen said even some residents not formally in the memory care unit have trouble understanding questions posed to them.

“They’ll repeat the last thing said to them,” she said. “They’re not in a right state of mind.”

“They weren’t coherent enough so (the poll workers) were guiding them where to check the ballot,” Evans said.

Evans added she left the room after seeing that. “It was hard to watch,” she said. “I have a moral compass.”

Board of Elections’ Executive Director Sherry Poland confirmed her office had received 20 requests for absentee ballots and sent three teams of two – one Republican paired with one Democrat – to assist those at the Brookwood facility as they do for many other elderly or infirmed residents at nursing homes as well as others unable to get to the polls on Election Day.

“We’re required to provide that ballot and that assistance,” Poland said. “We don’t randomly take ballots” on such visits.

She said poll workers are trained in the process on how to assist those voting outside the board office or at the polls on Election Day. She said it is possible a new nursing home employee may not have fully understood or followed the process.

Poland, after conferring with her poll workers, said the nursing home workers who alleged an attempt at influencing votes may have misheard the exchanges or heard just portions of it.

“The board of elections’ sworn election officials can read the ballot and mark any choices,” Poland added. “They cannot answer any question. Prompting is not part of the procedure.”

She said requests for ballots must include some identification, address, name, date of birth and a signature matching that on file, a process similar to those voters going to the polls the day of an election.

On the question of whether voters are competent, Poland said the law does not allow any challenges.

“We are obligated to provide a ballot to any voter who has asked for assistance,” she said. “We cannot determine a person’s mental competency. Only a county probate judge can do that.”

Daignault, who contacted The Star again after reaching out to Poland, said some residents who voted could not verify their own name so nursing home staff verified the names rather than offering a form of identification.

“These residents do not wear identification, like in a hospital,” texted Daignault, who worked this week at the nursing home through an employment agency. “The pollers (sic) went off the staff member’s word to identify each resident.”

Daignault and Hennen also reported they saw the poll workers go into the lockdown section of the memory care unit where those patients prone to wandering aimlessly have their rooms.

Daignault said in a second phone interview she plans to call the probate court to learn more about what it takes to declare someone incumbent to vote. She said many of her patients have family members with powers of attorney (POAs) because the nursing home residents can’t make important decisions.

Competency law needs to be changed when it comes to voting, Daignault said.

“Many of these patients don’t have family involvement. No one is going to initiate getting them deemed incompetent to vote because many people are probably unaware this is happening,” she said.

Daignault said the observations at Brookwood are probably happening across the country.

“Do we really want these people choosing how this country gets run?” she asked. “We might as well poll babies.”

Editor’s note: The story has been updated the clarify that nursing home workers, not poll workers, may have misheard instructions regarding election procedures.