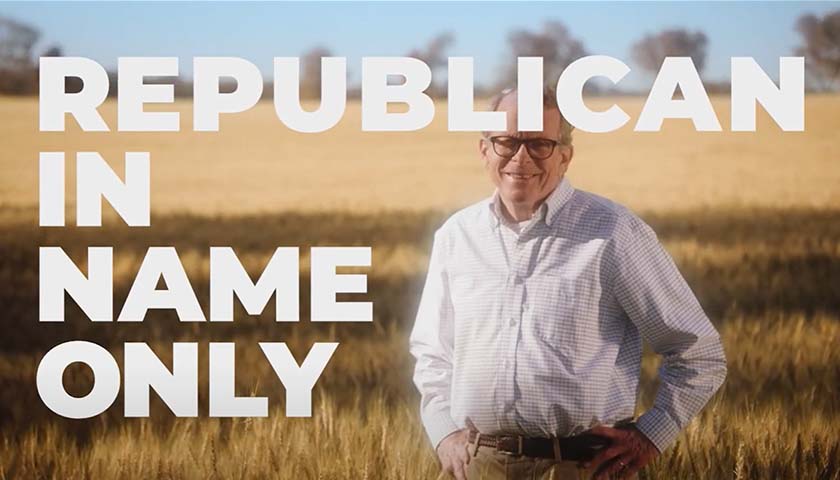 CLEVELAND, Ohio – Ohio gubernatorial candidate Jim Renacci’s campaign has taken his bid to oust Governor Mike DeWine as the GOP standard-bearer in November 2022 to the virtual savannas of Africa in portraying the incumbent as a dangerous political animal: a Republican in Name Only, aka RINO.

The “Beware of RINOs” advertisement calls to task DeWine’s “failed record that has resulted in less freedom for all Ohioans,” according to a news release sent to The Ohio Star.

Renacci calls DeWine “the biggest RINO in America” for urging school districts to enact COVID-19 mask mandates after the General Assembly earlier this summer took away the administration’s ability to decree long-term public health measures without the legislature’s consent.

“Whether it is COVID mandates or siding with liberal Democrats to deny Ohioans their freedoms,” Renacci said in the release, “Mike DeWine has consistently  proven he is not the conservative leader he has tried to lead us to believe.”

The ad intersperses narrated lines with news clips and other images.

The commercial opens with a shot of animals on a savanna then photoshops a picture of DeWine with the savanna in the background.

“This is a RINO,” with a shot of DeWine photoshopped into an African grassland shot. “Having mastered the art of deception, a RINO lures his prey by disguising his own nature.”

The ad ends with the text, “Beware of RINOs”  before scrolling to an “Ohio deserves a real Conservative” tagline.

The ad continues Renacci’s theme of running as a true conservative.

The RINO theme “is one of our major campaign points,” Renacci campaign adviser Steven Cheung told The Star.

Renacci will host the event as chairman of the Medina County GOP.