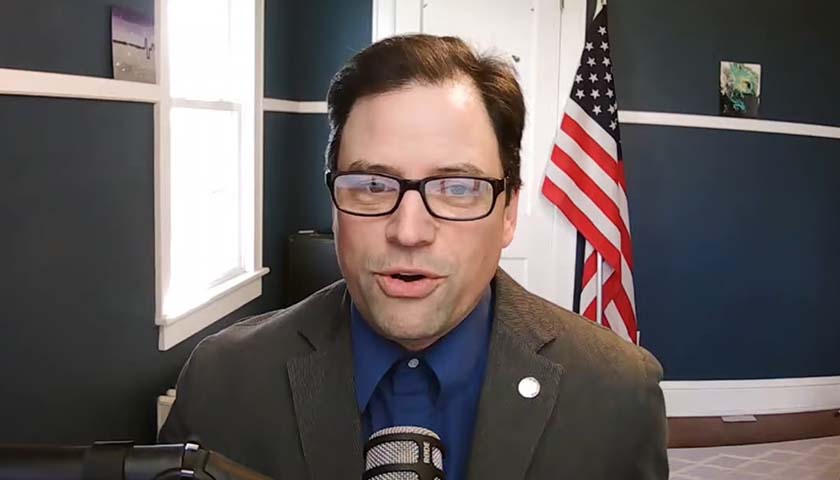 Minnesota State Representative Jeremy Munson (R-Lake Crystal) questioned a Democrat redistricting bill in a Facebook video. Munson said that aspects of the bill are “at odds with election integrity.”

Munson said the bill the elected officials heard regarding how the House lines will be drawn concerned him because the bill would determine the rules for how the map in the Minnesota House will be drawn.

“Some rules are not very controversial, such as the number of the order of the congressional districts,” Munson said. “There are others that are very eye opening, like how we treat communities of interest and minorities in each district.”

In the video, Munson shared an image of the bill, where the Democrats are seeking to require districts not only to provide equal opportunity for minorities to vote but also “provide racial minorities and language minorities who constitute less than a voting-age majority of a district with an opportunity to substantially influence the outcome of an election.”

Munson explained in his view, this is not acceptable. He said, “We are providing non-voters, people who are ineligible either by age or for some other reason, to substantially influence the outcome of an election.”

Munson also addressed the idea of incumbents influencing redistricting. He said it makes the most sense to “reject incumbent protection,” meaning that they would not intentionally maintain the district around where an incumbent was seeking to run.

He said by not disregarding the prior maps, they will be favoring the incumbents just because of how the maps were already drawn. Munson said that his amendment to start from scratch without using the maps where districts were drawn from the last census failed to pass.