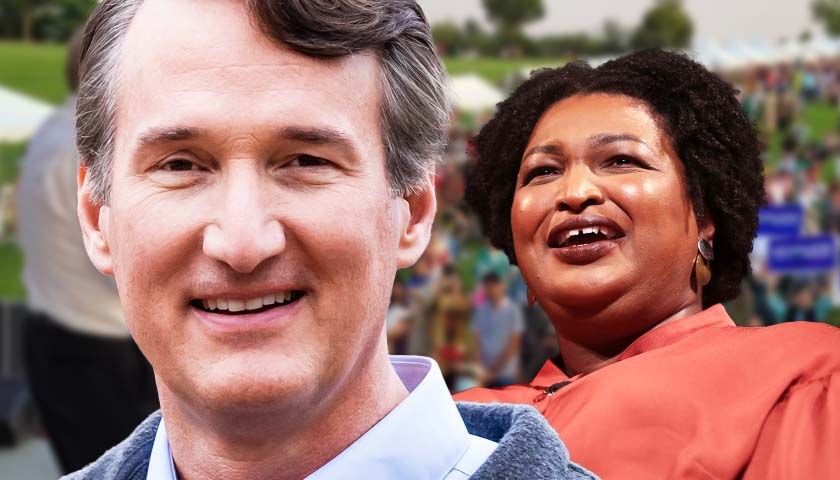 “Terry McAuliffe said he was proud to be endorsed by radical ‘defund the police’ groups, and now he’s campaigning with the radical Stacey Abrams, who said the election was stolen from her, compared law enforcement officers to terrorists, opposed enforcing our immigration laws, and supported defunding the police,” Youngkin spokesperson Macauley Porter told The Virginia Star. “Virginians are seeing that Terry McAuliffe is too extreme for Virginia and will reject his anti-police, liberal agenda at the polls.”

Abrams infamously refused to concede to Georgia Gov. Brian Kemp (R) after losing the election to him.

She has already fundraised on behalf of McAuliffe in during the former governor’s bid for a second non-consecutive term in office.

After that event, the Youngkin campaign made note of McAuliffe’s apparent hypocrisy.

“You’d think Terry McAuliffe would at least try to pretend he believes the stuff that comes out of his own mouth, but he doesn’t even do that,” campaign spokesman Christian Martinez told The Star at the time. “Instead, he’s shamelessly using his party’s conspiracy theories about a stolen election to raise campaign cash, just like he did as DNC chairman for years. McAuliffe sold out the people of Virginia as governor, and this shows he will still say or do anything as long as it helps himself.”

This time, she was reportedly campaigning with McAuliffe to help him turn out black voters on the Nov. 2 election.

The margin of error in the poll is three and a half percent, as the race that is expected to come down to the wire begins its final two weeks.