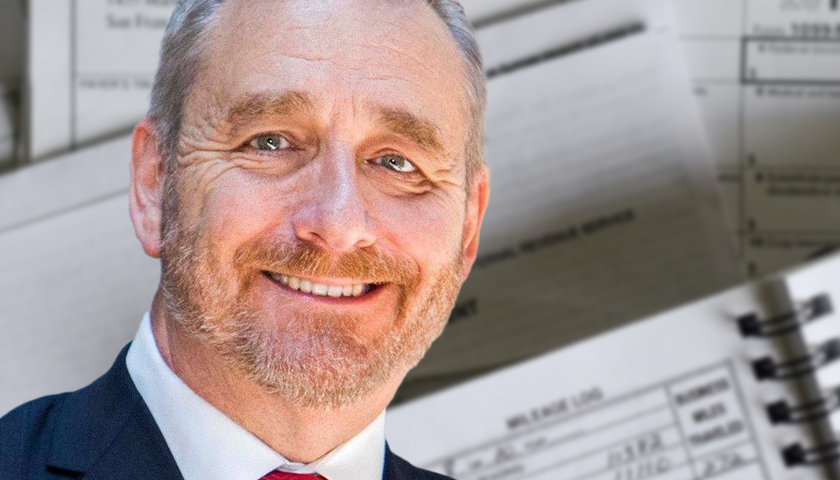 The proposal within the $3.5 trillion Build Back Better budget reconciliation package would require financial institutions to supply data on accounts of $600 or more with $600 or more in annual transactions.

In the October 15 letter,  the attorneys general said as the chief law enforcers consider the policy “wholly unacceptable.”

“It is at best overly burdensome and at worst illegal,” the letter reads. “As such, we ask you to rescind this proposal immediately.”

The “invasive policy” undermines citizens’ right to privacy, according to the letter, and will prove expensive for financial institutions to comply with the regulation as payments for grocery bills, monthly rent and other common transactions get reported to the IRS.

“The Federal Government combing through almost every Americans’ bank account without cause, or even suspicion, is unacceptable, illegal and contrary to the well-founded constitutional principles against illegal search and seizures,” the letter reads. “Your proposal seeks to leverage private transaction data by effectively transforming banks into large-scale data processors for the IRS …”

In his news release, Yost said that authority in the IRS would make it more powerful than the police.

“Even the cops have to at least issue a subpoena,” Yost says in the news release. “Even the police have to have a reasonable, articulable  suspicion before they can ‘stop and frisk.’ ”

An article published last week by the Heritage Foundation argued the IRS, which has a history of politicizing its enforcement, could become an even bigger threat to the personal freedom to those expressing opposition to a government policy or action.

“With these new provisions, the political attacks would not be limited to groups and instead give the Internal Revenue Service carte balance to go after individual Americans,” the Heritage article published October 1 reads.  “All Americans – not just conservatives – should be concerned by this level of public corruption and the Internal Revenue Service’s ability to go after those it sees as the regime’s enemy.”

Other ways to catch tax cheats

The AGs’ letter also said consumers will likely force banks to pass along the regulatory cost through higher fees.

“Such additional costs would only serve to increase the number of persons that do not have access to banking services,” the letter reads.

The letter concludes by saying the attorneys general are willing to work with the Treasury Department at curbing tax evasion.

“If stopping financial criminals or punishing those who evade taxes is the goal of the administration, we will gladly join you to find the right solutions based on the rule of law,” the letter says, “but we are certain that violating the privacy of virtually every American with a bank account is not the answer.”