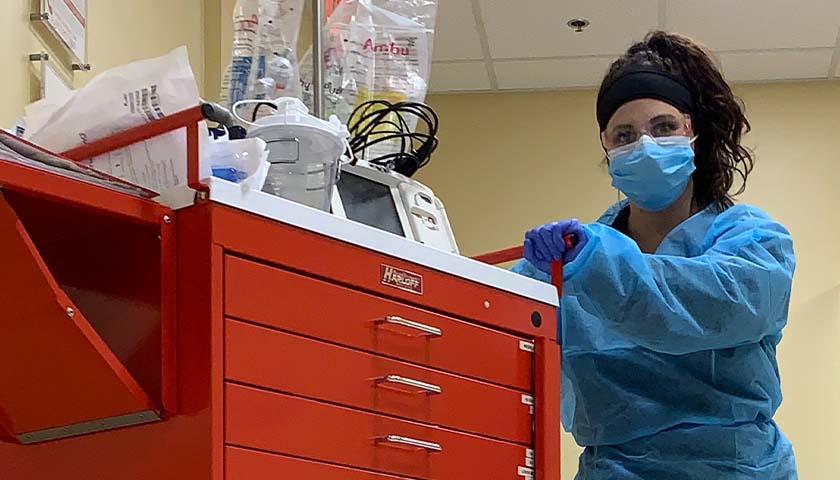 An a significant blow to one of the nation’s strictest vaccine mandates, a federal judge ruled that healthcare workers in New York can apply for religious exemptions from the statewide mandate, according to CNN.

The ruling was made on Tuesday by U.S. District Court Judge David Hurd, with Hurd declaring that the New York State Department of Health is “barred from interfering in any way with the granting of religious exemptions from Covid-19 vaccination going forward, or with the operation of exemptions already granted.”

Hurd’s ruling granted a preliminary injunction that allows such frontline workers to continue applying for religious exemptions from being forced to take the vaccine, providing many of them a way out when they were otherwise being threatened with termination. Hurd’s order further prevented the Department of Health from taking any retaliatory actions against healthcare workers who seek such exemptions.

The ruling came after a lawsuit was filed last month by 17 healthcare workers who were seeking religious exemptions, pointing out that the Department of Health’s mandate did not allow for any exemptions. Jude Hurd had previously issued a temporary restraining order regarding such exemptions on September 14th.

After Hurd’s ruling, Hochul vowed to defy his decision and fight to keep the stricter mandate with no exceptions.

“My responsibility as Governor is to protect the people of this state,” Hochul said in a statement, “and requiring health care workers to get vaccinated accomplishes that. I stand behind this mandate, and I will fight this decision in court to keep New Yorkers safe.”