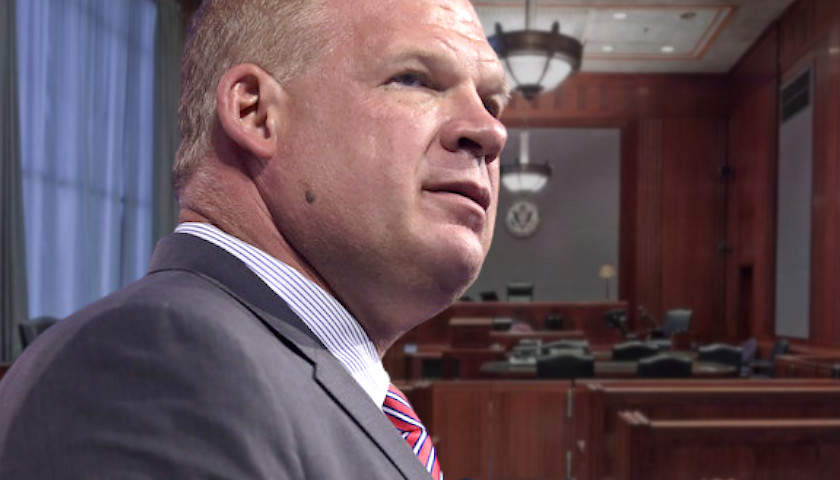 Knox County Mayor Glenn Jacobs on Tuesday called out a Washington D.C.-based litigation non-profit, which is aligned with the Clinton family, for its involvement in a lawsuit to implement a mask mandate in Knox County Schools.

Democracy Forward, which has filed briefs in multiple lawsuits in Tennessee, has advocated against Governor Bill Lee’s mask mandate opt-out.

“This group was founded and is managed by high-level Democratic Party operatives with significant ties to Hillary Clinton. People like John Podesta, who was Bill Clinton’s presidential Chief of Staff and Chair of Hillary Clinton’s 2016 presidential campaign. Their main goal is to advance a political agenda that removes the ability of parents to determine what is best for their child,” Jacobs said.

As noted by Jacobs, Podesta serves on the board of directors of the group, in addition to Democrat election lawyer Marc Elias.

In his ruling, Federal judge J. Ronnie Greer blocked the implementation of the executive order from Governor Lee and forced Knox County to implement a system-wide mandate.

However, Jacobs argued that the decision should be left to elected officials of the county, not influenced by individuals who do not live in the area.

“I believe the elected members of the Board of Education are fully qualified and capable of determining what is best for Knox County schools, and that they should continue making the decisions that impact students most,” he said.

“Judge Greer should allow them to do so. I ask that he also respond to the motions filed by the Law Department, stop allowing politically motivated out-of-towners to bog the system down with briefs, share a specific timeline for the advancement of this case, and provide a comprehensive plan to the schools for how best to serve all their students.”