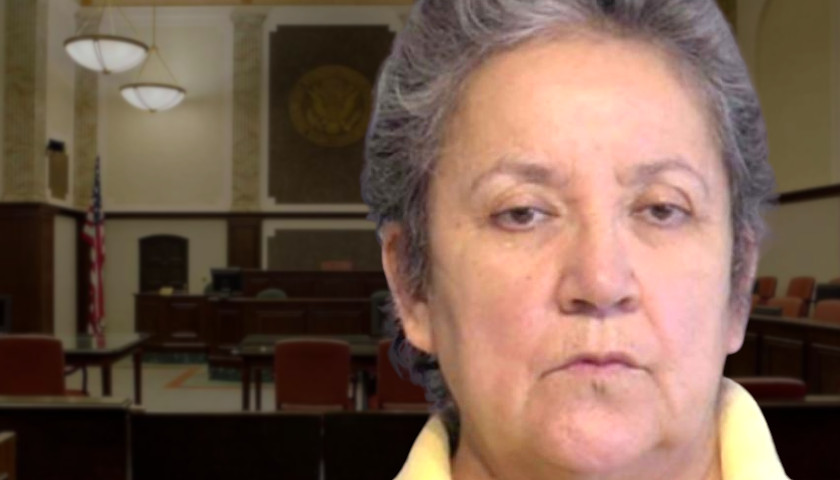 A grand jury has indicted a prominent Democratic official in the border city of San Luis, Arizona again on charges related to ballot harvesting during the 2020 primary election. Guillermina Fuentes, who is a former mayor of San Luis, a Democratic precinct committee person, and a member of the Gadsden Elementary School Board, was first indicted in December on one count of ballot abuse, also known as ballot harvesting, for collecting four ballots from people and turning them in. She was not authorized to do so since she was not a family member, household member, or caregiver of the voters per Arizona law.

The new charges of conspiracy, forgery, and an additional ballot abuse count relate to a fifth voter, where she signed the voter’s name on the return envelope and marked their ballot. Alma Juarez, another San Luis resident, was also indicted for ballot abuse in December along with Fuentes. Fuentes has pleaded not guilty. The Democrats of Greater Tucson describe Fuentes as “very politically active and has helped gather signatures for candidates.”

Many Democrats oppose laws against ballot harvesting, saying they disenfranchise voters. Arizona Attorney General Mark Brnovich, whose office is prosecuting the two women, believes the 2016 law banning ballot harvesting is necessary. “There is a whole menu of options of how people can exercise their right to vote. Nobody is disenfranchising anybody in Arizona,” he said on KTAR during The Mike Broomhead Show. Brnovich said there are plenty of ways for people to vote outside of ballot harvesting.

“We can vote by mail. You can get on the permanent early voting list. Many of the counties have voting centers. You can vote early, up to 27 days before the election,” he said.

Brnovich cited Fuentes’s violations while defending Arizona’s laws against ballot harvesting during a case at the U.S. Supreme Court earlier this year, Brnovich v. DNC. He intervened since the Democratic Arizona Secretary of State Katie Hobbs refused to defend the law. The Supreme Court upheld the law, along with another law banning voting outside a voter’s precinct.

Democrats who oppose election integrity laws such as the ban on ballot harvesting often argue that there is no evidence of voter fraud. Sen. Kirsten Engel (D-Tucson) said there is no documented evidence of fraud due to early voting. “That is completely made up,’’ she said during a debate in the Arizona Legislature over a voter integrity bill that drops people from the permanent early voting list who fail to vote in four consecutive elections.

The Heritage Foundation compiled a database on voter fraud, which includes 1,332 proven instances of voter fraud. Of those, 1,145 resulted in criminal convictions.

Project Veritas caught a ballot harvesting scheme on video in Minnesota during 2020 involving clan and political allies and associates of Rep. Ilhan Omar (D-MN-05). Omar Jamal, who works with the Ramsey County Sheriff Department and is the chairman of the Somali Watchdog Group, came to Project Veritas and agreed to record those involved in ballot harvesting. He secretly recorded a Somali-American, Liban Osman, who described how he was paid to vote in the August 11 special election and primary. Osman said Somali-American vote-buying operatives from the Omar machine came to his apartment building to oversee the voter filling out the paperwork.

“They come to us. They came to our homes. They said, ‘This year, you will vote for Ilhan,’” Osman relayed to Jamal. “They said, ‘We will make the absentee ballots. We will fill out the forms for you and when you get them back, we will again fill it out and send it.” There was no need to go to the voting site, because the Omar operatives told him, “You stay home and you will not go to the place.”

Ballot harvesting in Arizona carries a penalty of up to two years in prison and a $150,000 fine. Brnovich has made combating election fraud a priority. A few days ago, he announced that a grand jury in Tucson indicted a felon for voting in the 2020 general election. Brnovich is currently investigating the 2020 election in Maricopa County after viewing the Arizona Senate’s independent ballot audit report.