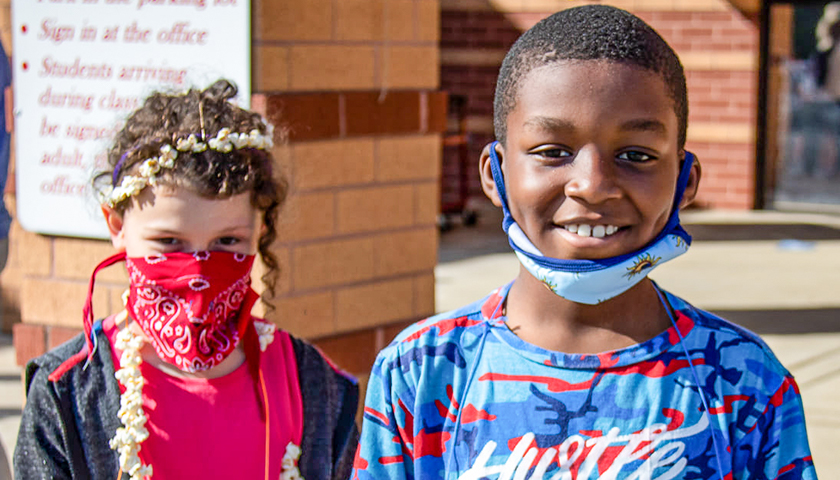 Kristin Bennett said her children’s In-School Suspension (ISS) started Monday. She said the WCS will only take her children back into regular school if they either agree to wear COVID-19 masks or sign a religious exemption.

As of Wednesday, they remain suspended.

Bennett cited the work of an industrial hygienist who says masks are ineffective against the spread of COVID-19 and even cause harm when worn over long periods of time.

“As a parent it is my responsibility to protect my kids,” Bennett told The Tennessee Star on Wednesday.

“I can’t in good conscience put my kids in masks knowing it could harm them.”

WCS spokeswoman Carol Birdsong said via email Wednesday that she could not discuss a student’s disciplinary issues.

“My children are very bright, and I work with them a lot,” Bennett said.

“They have excellent grades, but, in theory, if they reach a point where they are unable to learn the material on their own and are unable to then pass their tests and their quizzes then, in theory, they could be failed [for the school year].”

“Based on the record before the court, due to the rise in COVID-19 cases in Williamson County, including at plaintiffs’ schools, along with a significant number of students who have opted out, plaintiffs have likewise been denied access to a safe, in-person education experience,” Crenshaw wrote, justifying his decision.

Bennett told The Star that some people have accused her of forcing her children not to wear masks at school. She said that’s not true.

“My daughter says ‘When I think about the future and where we could go if we don’t fight this then that brings a wave of panic over me,’” Bennett said.

“My daughter also said ‘I realize that we have to fight it now so, that way, our future is better.’”