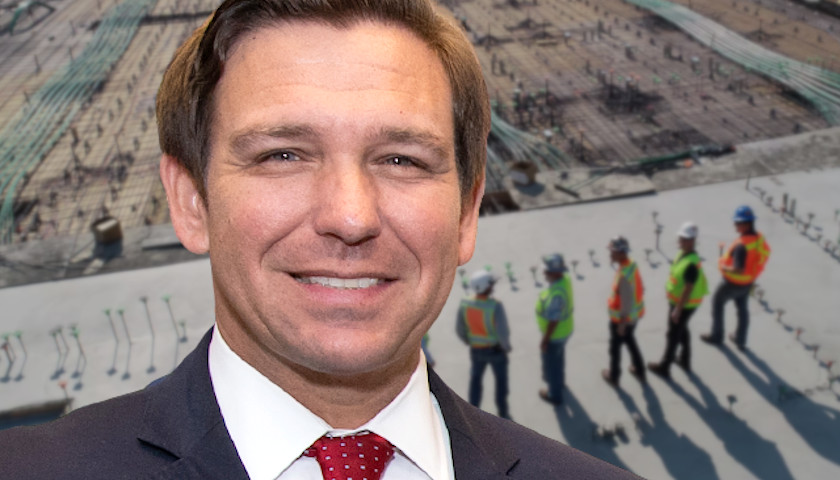 In a press release on Friday, Governor Ron DeSantis called attention to the impacts congressional inaction and dysfunction are beginning to have on transportation projects in Florida.

“Yet again, the delays in Washington are impacting the lives of Floridians,” said DeSantis. “It is unacceptable that Congress or the Biden Administration would use highway construction as a bargaining chip and leave Florida taxpayers to foot the bill. This is even more proof that the Democrats in leadership don’t want to help people, they don’t want to get anything done, they just want to follow a political agenda.”

And DeSantis is not alone in his criticism.

It was reported by The Hill that Reps. Josh Gottheimer (D-N.J.) and Stephanie Murphy (D-Fla.) criticized Speaker Nancy Pelosi (D-Calif.) late Friday for not bringing a $1.2 trillion bipartisan infrastructure package to the floor for a vote this week. Pelosi had previously made assurances that a vote would take place.

Both lawmakers took aim at Pelosi for again pushing back a vote on the package, which has already passed the Senate, as House progressives have threatened to withhold support for the bill until the chamber passes a multitrillion-dollar social benefits package essential to President Biden’s domestic agenda.

Gottheimer in a statement called the move “deeply regrettable,” and said Pelosi breached what he called a “firm, public commitment” to congressional members to vote on the bipartisan bill this week after she previously committed to take up the deal in the last week of September.

Distracted by the politics surrounding the current legislative agenda, Congress has yet to pass the authorization to fund the Federal Highway Administration (FHWA), halting federal support for construction on federal highway projects as well as furloughing most of the agency’s employees. Contained in the infrastructure package, which Pelosi has not held a vote on, is $110 billion for roads, bridges and other projects, as federal authorization expired yesterday.

The federal highway program expired at midnight Thursday and approximately 3,700 Transportation Department workers have been furloughed. The program lapsed after the House did not approve a bipartisan infrastructure bill last week. The DeSantis press release noted that of the federal employees being furloughed as a result of Congressional inaction, many work and reside in Florida. Florida currently receives over $2 billion annually from the FHWA program, funding numerous projects currently underway across the state.

On Friday evening, federal lawmakers approved a 30-day extension of the highway program while negotiations on a comprehensive infrastructure law continues. The extension now heads to the Senate for approval.

Earlier in the day, House Democrats met with President Joe Biden about the negotiations related to the infrastructure bill and broader social welfare programs.