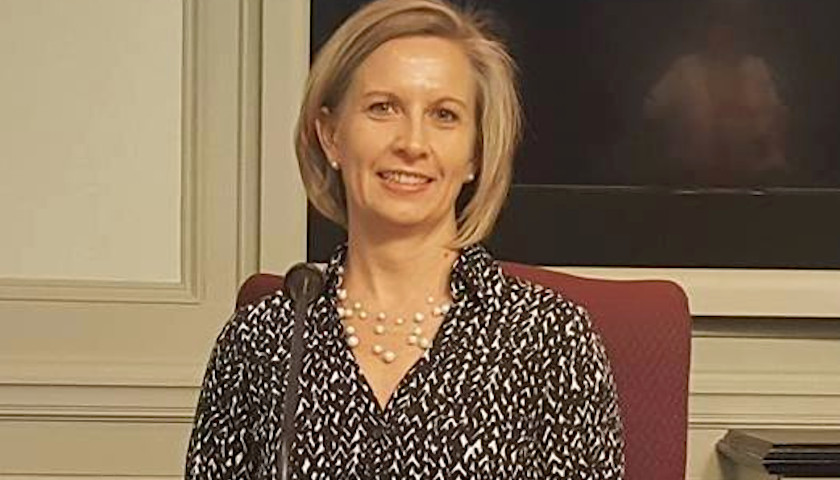 Virginia Beach School Board Member Victoria Manning is one of the leaders of a group trying to recall six other school board members. Students First VA (SFVA) announced this week that it is collecting signature for the recalls, focusing on 2020-2021 virtual learning.

“If you look both at the recall petition themselves as well as our website and other sources, you’ll see that the school board certainly had information to make a different decision than it did and decided to close schools against the wishes of parents, against the direction of local physicians, and healthcare providers, as well as the CDC. And we think that those decisions were not good for all the students in the school, in particular, those with special needs,” Mack said.

SFVA argues on its website that those six members voted against having students return to in-person learning in July, October, and December 2020.

School board recalls are beginning to spread across Virginia, inspired in part by efforts in Fairfax and Loudoun Counties. But the efforts in those regions are also demonstrating how difficult it is to successfully recall an elected official.A recall petition must have signatures from voters of the official’s district; the total number required is ten percent of the number of votes that originally elected that official. Then, the petition is submitted to a judge.

The Commonwealth’s attorney, not the petitioners, carries the case forward. In Virginia, the legal reasons for recalls are not focused on policy, but on misconduct and crime. That creates several points where recall petitions usually fail: something can be technically wrong with the petition or its wording, the Commonwealth’s attorney could decide not to prosecute it, or the judge could decide not to remove the official after trial.

Mack said it is worth the effort and said SFVA is concerned about other school board policy decisions around Critical Race Theory, masking, and school choice. SFVA is focusing on the school closures because of more perceived unity around that topic than around the others. Mack said that although they just announced the recall effort this week, they already have 50 volunteers.

He said, “I’m not sure if it’s a long shot or not. This is somewhat of a novel area in Virginia law. This doesn’t happen too often, and so we’re not sure if it’s a long shot, but we know that if we don’t make every effort we can to change things, that things aren’t going to change. So we’re willing to put in the time and effort and do what we think is right, and get anyone who agrees with us to sign the petitions.”

“I asked the lawyer, what’s the success factor for a recall,” Dan Chang, who is helping with the recalls, said at a September 8 meeting of the Tidewater Libertarian Party. “Number one, it’s not very good. It’s very low. This is all so new to Virginia.  So we have to change our metrics for success. So if we make Kimberly Melnyk’s life to run for delegate so miserable, then I think that’s good.”

Board Member Beverly Anderson told The Star, “The other day, they had a rally outside our school administration building and I heard another gentleman say the same thing, that one of their goals is to make our lives hell.”

“If that’s what their goal is, you know more power to them, but for me they need over 30,000 signatures, and then to get a judge to rule — I think any judge would laugh at them. That’s not a true reason for recalling school board members, is to make our life hell,” she said.

Anderson said that the recall is part of a long-lasting political feud that predates the pandemic between three of the school board members, who she declined to name, and the rest of the board. She said that despite the pandemic the district is still performing well, and that one of the unstated goals of the three members is to fire Superintendent Dr. Aaron Spence.

“They’re upset because they’re in the minority most of the time when we vote, ‘So let’s just recall them all!’ I mean really,” Anderson said. “I think this whole effort is totally ridiculous.”

Eric Burk is a reporter at The Virginia Star and The Star News Network. Email tips to [email protected].
Photo “Victoria Manning” by Victoria Manning.