Commentary: New Ways to Diagnose Alzheimer’s Are Here, and Better Ones Are on the Way 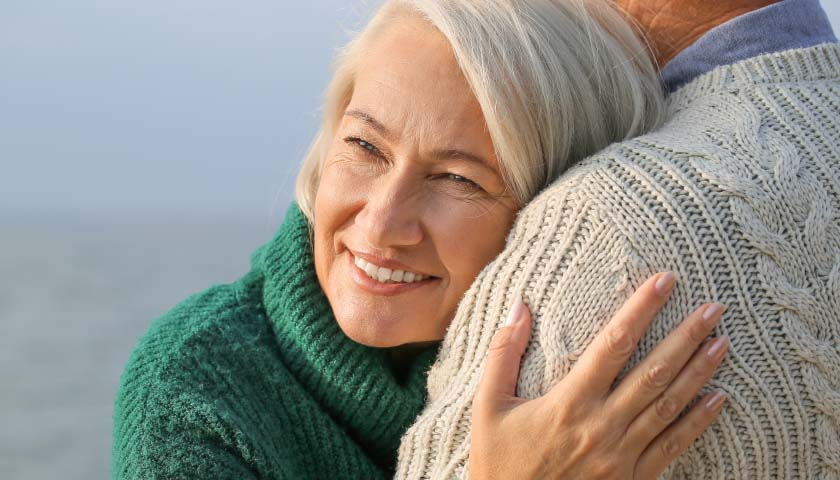 In sharp contrast to every other top-ten cause of death, Alzheimer’s disease has long lacked affordable and accessible ways to diagnose it. While doctors have been able to tell patients with almost 100% certainty whether they have diabetes, heart disease or cancer, until recently, Alzheimer’s was a diagnosis of exclusion.

Doctors could look for signs of Alzheimer’s. They could test memory and other cognitive skills, judge a patient’s ability to perform routine tasks, and ask their friends and family about any behavior changes. MRIs could determine brain volume, which diminishes as Alzheimer’s progresses. But blood and other diagnostic tests were used only to rule out other possible causes of their symptoms, such as B12 deficiency or thyroid disorders.

This is changing rapidly. Today we have diagnostic tests that identify specific changes in the brain that are consistent with Alzheimer’s disease. Instead of using tests simply to rule out other causes, we now have tests that can pinpoint Alzheimer’s as the cause of a patient’s memory and cognitive decline.

In scientific circles, these diagnostic tests are called “biomarkers,” or biological indicators of whether someone has Alzheimer’s disease, what are the contributing factors, and whether it is progressing. While many diseases have one biomarker—with HIV, for example, viral levels in the blood correlate with health status—Alzheimer’s will need several biomarkers because it is not caused by one biological problem alone.

Science has now identified at least seven age-related biological contributors to Alzheimer’s disease. Among them are changes in proteins, like amyloid and tau, that allow them to form plaques and tangles in the brain; chronic inflammation; vascular disease; loss of synapses—the connections between cells that carry signals across our brains; and changes in genes that prevent them from doing their jobs. Clinical trials are underway in all these areas and biomarkers also play an essential role here, giving researchers a way to screen and enroll the right patients in trials and to monitor how the drugs are working.

The first biomarker test approved by the FDA was the Amyvid™ PET scan, which measures the density of amyloid deposits in the brain. This test dates back only to 2012, and it’s a landmark because there were no equivalent measurement tools before it. There is now also another PET scan test that measures the other well-known protein, tau, an indicator of dying neurons and tangles.

Despite the innovation, PET scans present two obstacles for many patients; they are rarely convenient, and they are also expensive. Fortunately, other biomarker tests have since been developed. For example, a variety of spinal fluid tests can measure levels of proteins and markers of degeneration of neurons in the brain.

Even more exciting, we now have a simple blood test that can be ordered by physicians in 49 states. (New York is the exception as it has unique state laws governing lab tests.) With as little as a teaspoon of blood, the PrecivityAD™ blood test measures amyloid levels and can accurately predict whether someone has amyloid plaques in the brain.

The next frontier is developing biomarkers for all the other contributing factors to Alzheimer’s disease, and this work is well underway. Full disclosure: The development of new biomarkers is a major focus of my organization, the Alzheimer’s Drug Discovery Foundation, with the support of funders like Leonard Lauder, Bill Gates (who recently shared his perspectives on Alzheimer’s research in Gates Notes) and other leading philanthropists, who recognize that new biomarkers are needed not just for diagnosis but also for clinical research.

In addition to several different blood tests in development for beta-amyloid, there are a range of innovative tests being assessed for possible clinical use. For example, a comprehensive eye scan has been designed to analyze a novel combination of retinal biomarkers that signal brain neurodegeneration associated with Alzheimer’s disease. Other tests are being developed that use the technology in your pocket; that’s right, your cell phone! Applications include a test you can take in 10 minutes to determine your likelihood of developing Alzheimer’s in the coming year and another that assesses speech patterns for indications.

I hear the skeptics out there thinking, having more diagnostic tools sounds great, but why does it matter since treatment options are so limited? There are three important considerations. First, a negative test may rule out Alzheimer’s as the cause of symptoms, but it gives the green light to explore other possible causes—perhaps allowing for a diagnosis of something that is readily treatable. Second, if a person does have Alzheimer’s disease, there are a range of life decisions that a diagnosis can inform before the disease progresses. And third, a positive diagnosis may present an opportunity to participate in a clinical trial—allowing a patient the possibility of getting a prospective treatment under investigation years before it becomes available to others. And I firmly believe that some of today’s clinical trials will result in effective new treatments!