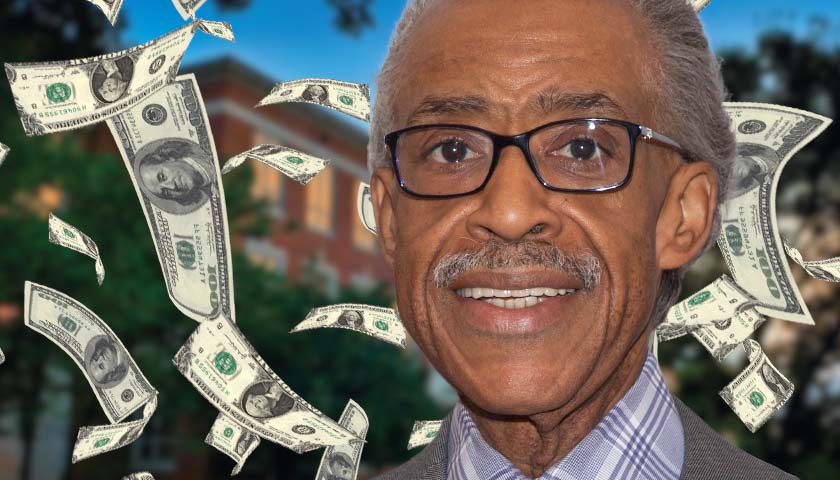 OpenTheBooks.com obtained a copy of his contract with the historically Black university via a Freedom of Information request, showing he was paid up to $48,000 between Jan. 25 and May 3 this year to teach students as a distinguished guest lecturer.

The contract is with National Action Network, “acting through the Rev. Al Sharpton,” the organization he founded. In 2014, the organization and the reverend himself, owed payroll taxes, according to The New York Times.

Sharpton had forgone paying taxes, rent, and other bills, at one time owing more than $4.5 million in state and federal tax liens, The Times reported.

But the activist preacher leading racial protests is what makes him particularly questionable choice for guest lecturer.

Sharpton has been known to inflame tensions between Blacks and whites — including with Jews in the 1991 Crown Heights riots — exacerbating racially-tense situations by accusing people of being racist when there are other factors at play.

Coretta Scott King, widow of the late Martin Luther King Jr., once told Sharpton, “Sometimes you are tempted to speak to the applause of the crowd rather than the heights of the cause, and you will say cheap things to get cheap applause rather than do high things to raise the nation higher.”

Should a state university use taxpayer money and tuition dollars to pay for such a professor?