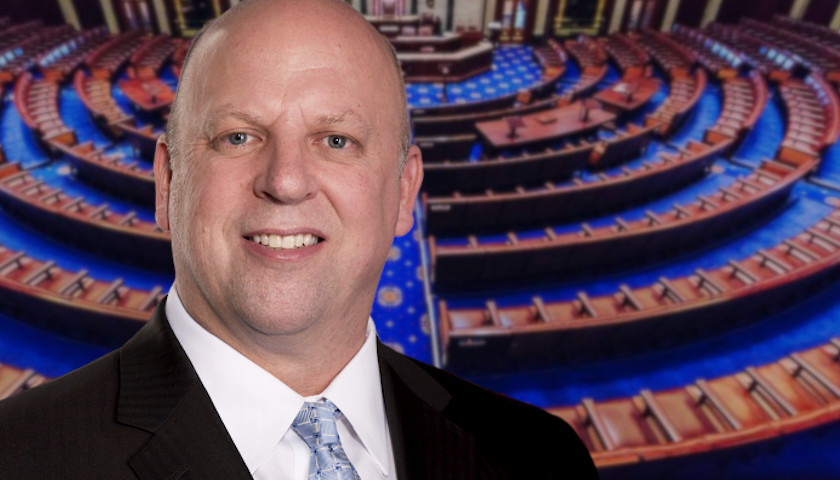 The letter, also signed by Reps. Mark Green (R-TN-07) and Diana Harshbarger (R-TN-01), specifically asks why the action by the Department of Health and Human Services targets Republican-led states.

The questionable move by the Biden administration dictates how many doses will be sent to each state, forcing state officials to ration the treatment among locations throughout the state.

“This change in distribution threatens to reduce or delay access to this life saving therapy for the patients who need it most. Additionally, a slight delay in administration of this therapy could be fatal,” the lawmakers wrote.

The move has caused some states to pursue measures to purchase the treatment on their own.

“There is currently no shortage. The Washington swamp has done what it does best; create a solution for a problem that does not exist. The previous statement allowed doctors to make decisions best for their patients, not bureaucrats,” DesJarlais said in a statement to Breitbart News.

Furthermore, DesJarlais argued that the treatment would not face restrictions if widely used in Democrat-controlled states.

“This letter is to put HHS on notice that this policy change has the potential to prevent countless Americans from receiving the lifesaving monoclonal antibody treatment,” DesJarlais added. “My question is, if the seven states targeted included California, New York, and Delaware, would there have been a policy change? These states fell victim to the Biden administration’s callous attitude towards the deaths of Americans living in Red states.”

The letter directs HHS Secretary Xavier Becerra to explain the basis for the decision and encourages the administration to reverse the decision.

“Therapeutics remain a crucial weapon in our fight against this virus, and this order threatens our constituents’ access to some of the most effective available options. Accordingly, we strongly urge you to reconsider the order,” the lawmakers concluded.