Despite a Slim Lead in Virginia Gubernatorial Race, New PPP Poll Should Have Democrats ‘Fearing for Their Lives’ Expert Says 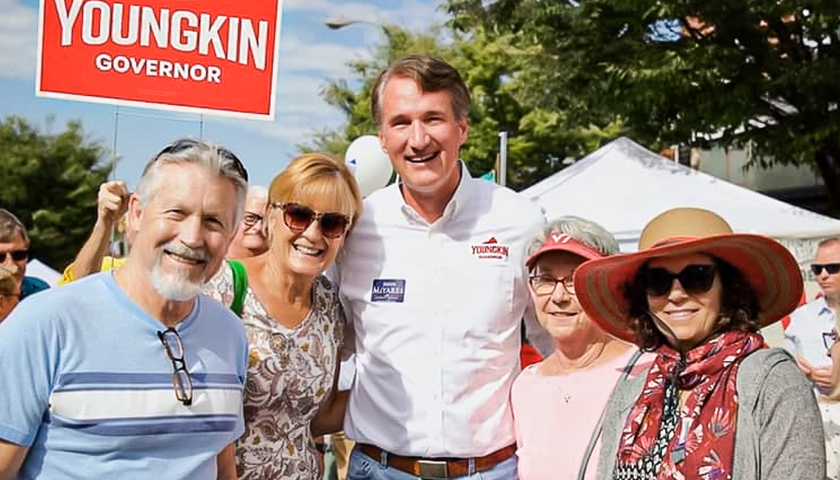 But elections forecaster Chaz Nuttycombe said that the big story is the Public Policy Polling (PPP) poll released Tuesday that had McAuliffe leading Youngkin 45 to 42 percent; it surveyed 875 Virginia voters on September 17 and 18 with a 3.3 percent margin of error. It did not include Blanding.

“The one big exclamation point that should be having Dems say, ‘Oh s–t, oh f–k, oh s–t, oh f–k,’ is the PPP poll that came out. That had McAuliffe up by three. PPP is a very Democrat-leaning pollster,” Nuttycombe said. “Their polls usually overestimate Democrats by a few points.”

Nuttycombe runs political forecasting site Cnalysis. He said polling across both Republican and Democratic-leaning firms is pretty consistent, even including a poll announced Tuesday by former senior Trump advisor Kellyanne Conway, which had McAuliffe lead Youngkin by 4 points.

“That’s one thing that’s pretty unusual, is the amount of consistency between public polls and internal polls on both sides,” he said. “But the PPP one should definitely have Democrats fearing for their lives.”

“I still think Democrats win everything by a gnat’s eyebrow of a margin,” Nuttycombe said.

Nuttycombe said he considers both the UMW and the VCU poll to be outliers. The UMW poll has 54 percent men in its likely voter category, compared to 49 percent in its total category. Nuttycombe said Virginia’s majority electorate is slightly female, and said men are more likely to vote Republican.

He criticized the VCU poll for including a none-of-the-above option. “You don’t have an option on the ballot that says, ‘Neither of these candidates,'” he said.

At the beginning of September, a Youngkin campaign poll showed Youngkin ahead, with 48 percent among likely voters. That poll also including Blanding as an option. Nuttycombe said it is possible that Blanding would act as a spoiler, taking some voters who would otherwise choose McAuliffe.

“I’d say at most, it’s probably about two-and-a-half percent she could get, but in a close race like this, that could still be pretty pivotal. I do think polls should be including her. She’s on the ballot,” Nuttycombe said.

Nuttycombe said that Youngkin’s Achilles heel is vaccine mandates, which are popular with the moderate Democrat-leaning voters Youngkin needs, but Youngkin can’t afford to call for the mandates for fear of alienating his conservative base.

“If Democrats really want to scare suburban voters of Glenn Youngkin, they have to use his own words against him, when it comes to vaccination mandates,” Nuttycombe said. “McAuliffe has been doing that messaging, and I think that’s really the best option here, to just keep going.”

The Republican State Leadership Committee announced Wednesday that it would spend $100,000 on Sears’ campaign, on top of a previous $50,000. Sears is trailing her opponent Delegate Hala Ayala (D-Prince William) in fundraising, with about $1.4 million raised and about $1.1 million spent by the Sears campaign according to the Virginia Public Access Project. Ayala has raised about $1.9 million and spent about $1.2 million. Although the lieutenant governor is a part-time position, Virginia’s near-split in the Senate makes the seat powerful as a tie-breaker in close Senate votes.

“At the RSLC we are determined to grow the future of the Republican Party by supporting candidates that better reflect their communities, and Winsome Sears perfectly embodies that mission,” RSLC President Dee Duncan said according to The Virginia Scope. “We look forward to continuing to support her in the weeks ahead as she fights to back law enforcement, ease the cost of living, and get politics out of the classroom.”

– – –
Eric Burk is a reporter at The Virginia Star and The Star News Network. Email tips to [email protected]
Photo “Glenn Youngkin with Supporters” by Glenn Youngkin.