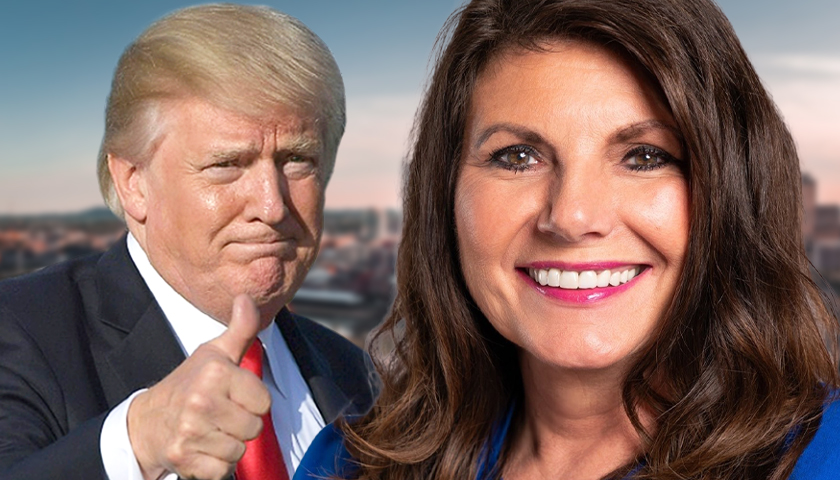 Harshbarger, who was first elected in 2020, is seeking her second term in Congress, representing the northeastern Tennessee district.

“Congresswoman Diana Harshbarger is doing a fantastic job as the Congresswoman from Tennessee’s 1st Congressional District. She is a tireless advocate for the People of Tennessee, and she fights in Congress for Strong Borders, Secure Elections, the Second Amendment, and our incredible Vets and Military. As she often says, she is an “unapologetic conservative Trump Republican,” and she will always put America First. Diana has my Complete and Total Endorsement!” Trump detailed in a statement.

Harshbarger also received Trump’s endorsement in 2020, calling her “a champion in Congress for the People of Tennessee” and Strong on Immigration, Jobs, Life and the Second Amendment.”

In her first term in Congress, Harshbarger has remained active in the legislative process, introducing multiple key pieces of legislation including the DHS Contract Reporting Act of 2021.

The legislation, which recently passed out of committee, would instruct DHS to publish a public, daily report of all headquarters and component contracts related to the agency that exceeds $4 million.

Largely, the bill was in response to the Biden administration using both the Department of Homeland Security and the Department of Health and Human Services to move migrant children to various locations throughout the country — an attempt to relieve overcrowding at processing facilities along the border.

Harshbarger is not the first elected leader from Tennessee to gain Trump’s endorsement for the 2022 election cycle. Earlier this year, Trump endorsed Governor Bill Lee in his quest for a second term, calling the incumbent governor a “outsider who led the Great State of Tennessee through difficult times, without compromising his Conservative Values.”