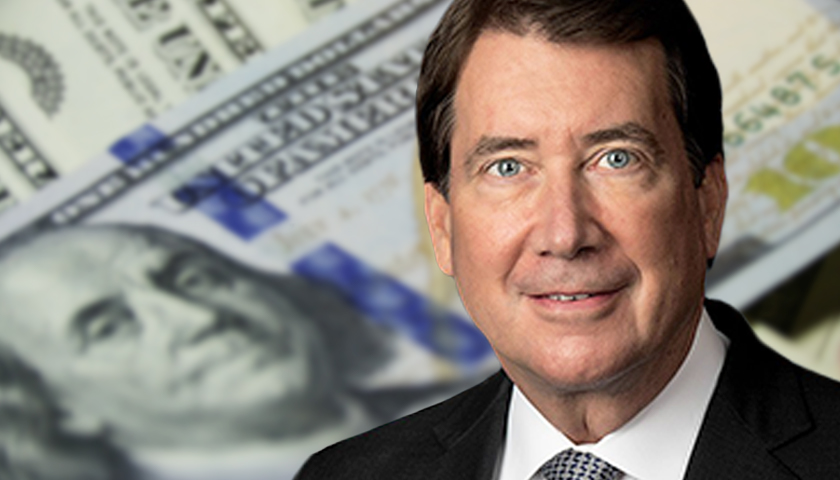 The Consumer Price Index is a measure of the average change over time in the prices paid by urban consumers for a market basket of consumer goods and services.

According to the BLS, the consumer price index rose 0.3% in August with an overall increase of 5.3% from a year earlier.

Hagerty, a member of the Senate Banking Committee, said in a statement, “Notwithstanding the Biden Administration downplaying inflation, it is patently obvious to every Tennessean who tries to budget their finances that prices continue to go up at a harmful pace. Today’s CPI release showed consumer prices increased three percent annualized between July and August, and producer prices increased by more than double that rate. Democrats’ policies of more spending and more government have been fueling inflation, yet they still want to pump another $3.5 trillion into the economy.

He continued, “While the White House will continue its spin about the price hikes by saying it’s only in the ‘poultry’ section, Americans know that’s not the case. Yesterday’s New York Fed survey showed Americans’ expectations of future inflation at a record high. Tennesseans are hurting because of this reckless spending, and it’s beyond time to end it.”

Hagerty was not alone in voicing his opinion on the rising prices. Republican Representative Jim Jordan (R-OH-04) also spoke out, tweeting, “The price of everything continues to rise. Employers can’t find workers. Pay raises can’t keep up with inflation. And what do Democrats want to do? Raise your taxes.”

The price of everything continues to rise.

And what do Democrats want to do? Raise your taxes.

All Americans are directly impacted by inflation one way or another. As goods and service prices rise, the American dollar does not go as far due to the increased price for the same goods and services.

For example, inflation has a large impact on people with fixed incomes.

Legislation enacted in 1973 provides for cost-of-living adjustments, or COLAs. With COLAs, Social Security and Supplemental Security Income (SSI) benefits keep pace with inflation. The Social Security Act specifies a formula for determining each COLA. According to the formula, COLAs are based on increases in the Consumer Price Index for Urban Wage Earners and Clerical Workers (CPI-W). CPI-Ws are calculated on a monthly basis by the Bureau of Labor Statistics.

According to a new estimate released by The Senior Citizens League (TSCL), Social Security recipients are likely to get an annual COLA of 6% or 6.1% in 2022 – the largest increase of its kind since the recessionary period early in the Regan administration in 1982.

Kaitlin Housler is a reporter at The Tennessee Star and The Star News Network. Email tips to kaitlinhousler.reports@gmail.com.