Commentary: Conservatives Should Not Listen to the Eco-Right 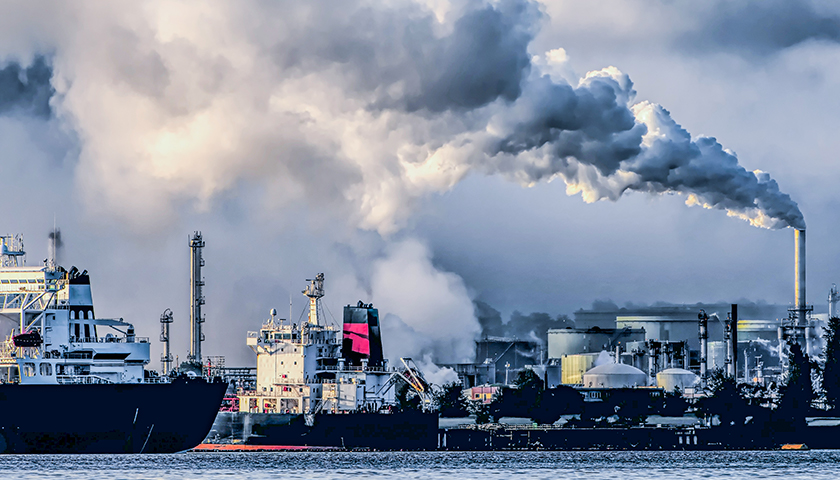 If there’s one thing the Left knows cold, it’s deception. From Vladimir Lenin to Saul Alinsky, leftists are unparalleled masters of the art of victory through hoodwinking: Defeating opponents by fooling them into false agreement.

Owning the battlefield in this war starts with controlling the language. We’ve seen this play out in the debate over abortion access, with pro-choice activists redefining “pro-life” to mean anything but the conviction that life begins at conception—and swindling unwitting Christians into their ranks.

Now it’s spreading to the debate over climate change, with environmental activists claiming there’s nothing “partisan” about their one-sided campaign to fundamentally transform America. Radicals, socialists, and authoritarians know that global warming offers them the best chance to weaponize Big Government and dictate where Americans live and work, what they drive, eat, and buy, and even what beliefs they’re allowed to hold—all through fear.

Truth-loving skeptics are all that stand in their way. So what better way to defeat them than by undermining the skeptics’ unity with false promises?

Meet the “eco-Right,” the collection of lobbying, litigation, and activist nonprofits that identify themselves as free market yet who have bought the Left’s argument that the Earth is getting dangerously hot and we’re to blame. Groups like ClearPath, Citizens for Responsible Energy Solutions, and the Climate Leadership Council disagree over specific policies—some want a devastating carbon tax to reduce emissions, others want federal subsidies for expensive lithium batteries—but all want skeptical Republicans to compromise with uncompromising leftists on their global warming policies.

By doing so they threaten to undermine both affordable energy in America and the future of the conservative movement—which is why they’re often funded by the likes of George Soros as well as the Ford and Hewlett Foundations.

My colleagues and I at the Capital Research Center first broke the news on the secret liberal mega-donors bankrolling the eco-Right in order to rebrand radical environmentalism as “conservative.” Our new report, Rise of the Eco-Right, compiles years of research and investigative reporting to expose the funders, leadership, and lobbying of the eco-Right, exposing a web of overlapping boards and shared donors in service to a destructive and cynical agenda.

We’ve studied the professional Left for decades and are all too familiar with activists’ use of deception and misdirection to camouflage their agenda to the casual glance. Unlike Activism Inc., we believe that Americans should be free from fearmongering to listen to arguments from both sides and come to their own conclusions in the global warming debate. Rise of the Eco-Right aims to make it clear that climate-conscious conservatives cannot compromise with the Left because activists aren’t interested in anything less than a “green” socialist revolution.

Don’t take my word for it—that’s the crux of an open letter to Speaker Nancy Pelosi (D-CA) signed by 263 activist groups in November 2019, urging Congress to pass the Green New Deal—arguably the most sweeping legislation ever proposed in America—to combat “increasing income/wealth inequality and rising white nationalism and neo-fascism” in America.

Today’s environmentalists are more interested in “environmental racism” and “restitution for Black and Indigenous farmers” than the environment, and they’re no longer hiding it behind the fig leaf of saving the planet from greenhouse gases.

Recall the explanation that Green New Deal author Saikat Chakrabarti’s gave to the Washington Post: “Do you guys think of [the Green New Deal] as a climate thing? Because we really think of it as a how-do-you-change-the-entire-economy thing.”

Here’s the bottom line: carbon taxes, “green” tech subsidies, and greenhouse gas pledges will never be enough for Big Green because the debate isn’t really about those things, but power. Activists know this, which is why they’ve abandoned these “market-friendly” proposals for the ultimate prize: the utopia of socialized medicine, federal jobs for everyone, slavery reparations, and more.

The eco-Right offers the Left a backdoor for the kind of statist policies that conservatives would never support—if they weren’t falsely labeled. It’s a siren’s song that promises free market answers to climate change but will only result in tyranny. Conservatives, you have nothing to gain and everything to lose by listening to the eco-Right—so don’t give up the ship.

Hayden Ludwig is a senior investigative researcher at the Capital Research Center in Washington, DC. He is a contributor for RealClearEnergy.