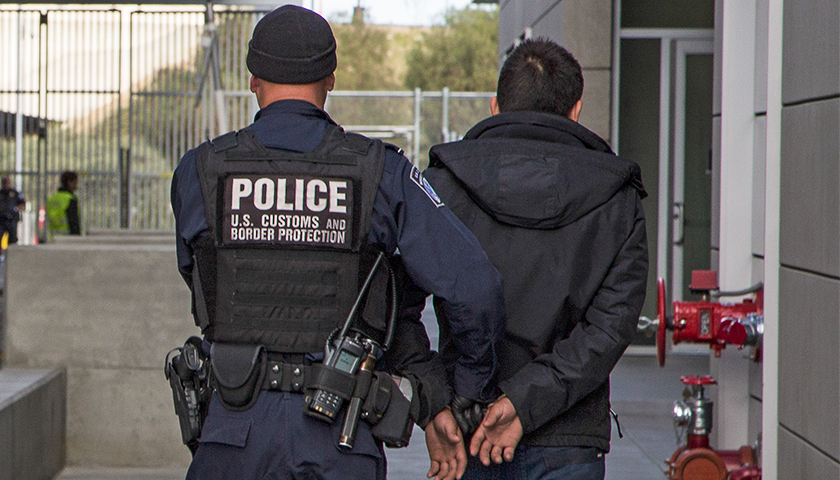 Georgia authorities have sentenced a member of a violent Chicago street gang, two Ghost Face Gangsters, and a conduit for Mexican drug cartels to decades in federal prison for their roles in a major drug-trafficking conspiracy.

Members of this conspiracy funneled large amounts of methamphetamine and other drugs into coastal and south Georgia.

This, according to a press release that officials with the U.S. Attorney’s Office for the Southern District of Georgia published this week.

Leroy Bozarth, a/k/a “Jack Turtlehead,” 38, of Springfield, Illinois was sentenced to 235 months in prison after pleading guilty to conspiracy to possess with intent to distribute and to distribute a quantity of methamphetamine, said David H. Estes, Acting U.S. Attorney for the Southern District of Georgia.

U.S. District Court Judge R. Stan Baker ordered Bozarth to serve three years of supervised release after completing his prison term. There is no parole in the federal system.

Bozarth was one of 35 defendants indicted as part of Operation Stranded Bandit, as described in the indictment unsealed in December 2020 in USA v. Baker et al.

Other key figures sentenced in U.S. District Court include:

• Dustin Lax, a/k/a “Wing Nut,” a/k/a “Tyrone White,” 45, of Garden City, Georgia., sentenced to 188 months in federal prison and ordered to serve three years of supervised release after pleading guilty to conspiracy to possess with intent to distribute and to distribute a quantity of methamphetamine. Lax, a captain in the violent, white supremacist Ghost Face Gangsters criminal street gang, has 34 prior felony convictions and currently faces state charges related to a murder during a home invasion, and an aggravated assault case in which he is accused of dragging a woman from a car so his partner could shoot her in the back.

• Victor Lopez-Blanco, a/k/a “Victoriano,” 51, of Jonesboro, Georgia, sentenced to 292 months in prison and ordered to serve five years of supervised release after pleading guilty to conspiracy to possess with intent to distribute and to distribute 50 grams or more of methamphetamine. Lopez-Blanco, a resident of Mexico and illegal alien who first entered the United States in 2003, served as a conduit for methamphetamine shipped from violent Mexican cartels through the Atlanta area and into Savannah.

• Heather Sloan, a/k/a “Penny,” a/k/a “Honey,” 35, of East Dublin, Georgia, sentenced to 30 months in prison and ordered to serve five years of supervised release after pleading guilty to conspiracy to possess with intent to distribute and to distribute five grams or more of methamphetamine. Sloan, an affiliate of the Ghost Face Gangsters, facilitated meth distribution throughout middle and coastal Georgia.

The investigation and indictments grew from other major gang-related drug trafficking prosecutions in Operation Vanilla Gorilla and Operation Who’s Laughing Now. The investigations and prosecutions, under the Organized Crime Drug Enforcement Task Forces, targeted widespread, gang-related drug trafficking organizations in the Southern District and beyond, the press release said.

“An occasional resident of Port Wentworth, Ga., Bozarth is a previously convicted felon with decades-long criminal history that started when he sold crack cocaine as a pre-teen. As a member and ‘muscle’ for the Almighty Simon City Royals – a violent Chicago street gang – Bozarth was part of a conspiracy that transported illegal drugs into the Southern District from Mexico and Atlanta, aided by multiple criminal street gangs including the Ghost Face Gangsters, La Raza/SUR 13, Bloods, Vice Lords, Gangster Disciples, and Aryan Brotherhood,” the press release said.

“The conspirators operated inside and outside Georgia’s prison system, using drones and other means to smuggle cell phones into prisons so that incarcerated conspirators could continue to coordinate the trafficking operations from Mexico to Georgia. Of the 35 defendants charged in Operation Stranded Bandit, at least 24 have entered guilty pleas with many of them sentenced, while seven are awaiting trial and are considered innocent unless and until proven guilty.”