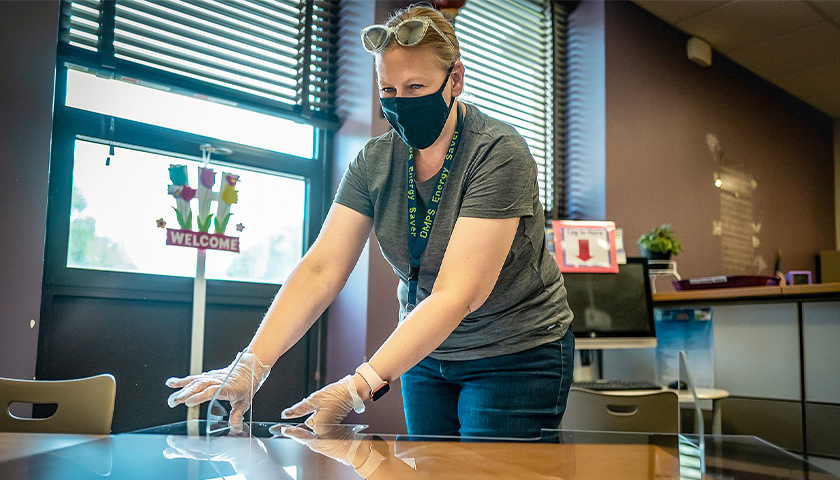 The National Education Association (NEA) teachers union threatened to publicly criticize President Joe Biden’s administration if it did not implement stricter mask guidance, according to internal emails obtained by watchdog group Americans for Public Trust and provided to Fox News.

Following a statement published by the NEA, the Centers for Disease Control and Prevention (CDC) specified that regardless of vaccination status, masks should be worn by everyone in schools, Fox News reported. The NEA originally sent a drafted statement to White House officials criticizing the CDC’s guidance, but ended up publishing a statement with a milder tone, according to the emails.

05/14: The Biden Admin begged the NEA to not release a statement critical of the CDC.

05/14: The CDC called the teachers unions and @rweingarten.

On May 13, the CDC said Americans fully vaccinated did not need to wear masks indoors, which left questions over how the new guidance would be implemented in schools. The next day, the White House Director of Labor Engagement Erika Dinkel-Smith contacted CDC Chief of Staff Sherri Berger, saying that she had stopped the NEA from publishing a sharp statement demanding additional information on the agency’s mask guidance, and requested a meeting between Director Rochelle Walensky and NEA President Becky Pringle, Fox News reported.

“Would you know when Dr. Wolensky would be able to call NEA-Pres. Becky Pringle?” Dinkel-Smith wrote in an email. “They’ve gotten significant incoming and are getting targeted for a response from the media. I’ve gotten them to hold on their statement calling for clarification.”

Dinkel-Smith received the NEA’s revised draft statement for review on the same day as the initial communications to Berger, according to the emails, Fox News reported.

“We appreciate the developing nature of the science and its implications for guidance, but releasing the guidance without accompanying school-related updates creates confusion and fuels the internal politicization of this basic health and safety issue,” the draft statement read. “CDC has consistently said, and studies support, that mitigation measures, including to protect the most vulnerable, remain necessary in schools and institutions of higher education – particularly because no elementary or middle school students, and few high school students, have been vaccinated.”

The following day, May 15, the CDC updated its guidance in schools clarifying that everyone should wear a mask, according to Fox News.

The new emails follow reports from May that purportedly showed extensive influence wielded by teachers unions in regards to CDC policies, even shaping some of the language of the February guidance on school reopening plans, based on emails obtained by a Freedom of Information Act request from Americans for Public Trust, the New York Post reported.

“This batch of emails came just weeks after we already exposed the teachers unions influenced the CDC on school openings,” Americans for Public Trust Executive Director Caitlin Sutherland told Fox News. “Lo and behold, less than two weeks later, they’re at it again, but this time in relation to mask guidance.”