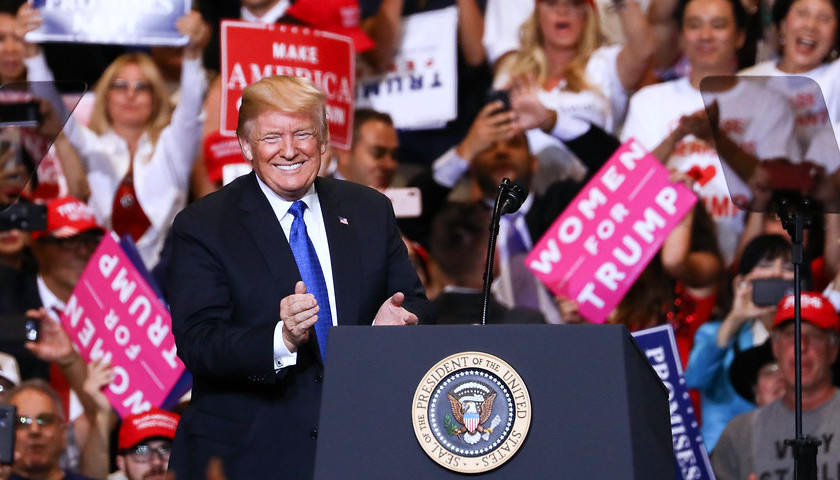 The event, which will span a large part of the day at the Georgia National Fairgrounds, is scheduled to host multiple forms of entertainment and speakers, in addition to Trump.

Georgia, where the former president narrowly lost to President Joe Biden, has remained a focal point for Trump and others concerned over election security.

Trump has repeatedly praised reporting from The Georgia Star News that has detailed potential irregularities and mistakes that occurred in Fulton County, prompting Secretary of State Brad Raffensperger to open an investigation into the county.

The event in Perry will mark Trump’s first event in Georgia since campaigning in the state’s Senate runoff election for Senators Kelly Loeffler and David Perdue. In that visit, Trump pledged to return to the state to campaign against Governor Brian Kemp and Secretary of State Brad Raffensperger.

“I’ll be here in a year in a half campaigning against your governor, and your crazy secretary of state,” Trump promised at the time.

Since that pledge, Trump has continuously criticized the two elected leaders, aligning them with Democrat Stacey Abrams.

Additionally, the location of the event is where Governor Kemp officially launched his re-election campaign earlier this year.

As he continues to consider a run for president, Trump will also visit Iowa, a key battleground in the upcoming 2024 election. Both Georgia and Iowa are critical to any future Republican nominee.