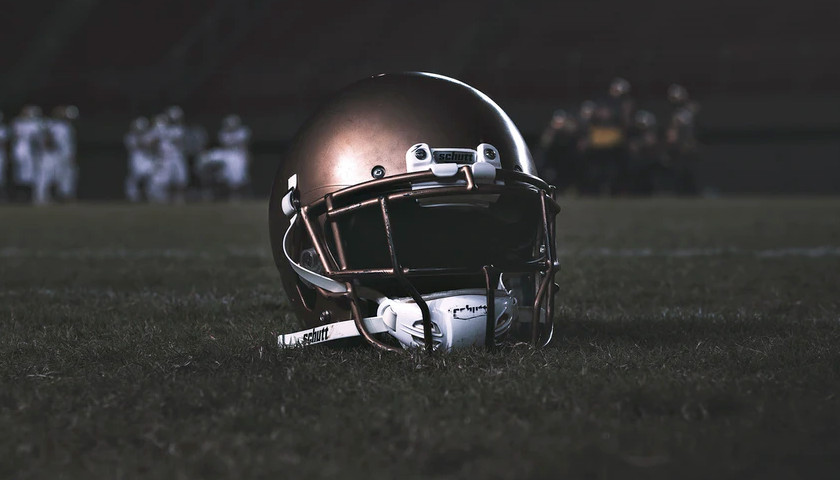 Bishop Sycamore is not a real high school.

That has now been confirmed by the “school’s” football coach, Tyren Jackson, after a wild saga that has played out over a number of weeks.

“We are not a school. That’s not what Bishop Sycamore is, and I think that’s what the biggest misconception about us was, and that was our fault. Because that was a mistake on paperwork,” Jackson told NBC Columbus.

Rather, Jackson says, the “school” is a “post-graduate football academy,” and said there was a “mistake on the paperwork” when the team filed to play against Florida’s IMG Academy.

The bizarre story began a couple of weeks ago, when Bishop Sycamore, complete with football coaches, rostered players, uniforms, gear, showed up to a game against IMG Academy, one of America’s most powerful high school football programs.

It appears the football academy duped Paragon Marketing Group, contracted by ESPN to set the programming for the GEICO ESPN High School Football Kickoff, into scheduling the game. The academy had played a game only three nights before, which is atypical of a football schedule.

ESPN’s announcers were baffled to learn mid-game that Bishop Sycamore was not really a high school, and clearly blindsided by the news.

“We regret that this happened and have discussed it with Paragon, which secured the matchup and handles the majority of our high school event scheduling,” ESPN said in a statement. “They have ensured us that they will take steps to prevent this kind of situation from happening moving forward.”

Ohio Gov. Mike DeWine (R) said he will opening an investigation into how the fake school was able to enter the game.

Jackson confirmed that the football program will be happy to cooperate.

“I don’t have any problem cooperating, letting them know whatever they want to know and things of that nature,” he said. “That stuff should never had happened the way it happened. I’m willing to take responsibility for it and say that it was a mistake. It’s something that shouldn’t have been that way, and that’s something that I have to address stepping into this role.”

Pete D’Abrosca is a contributor at The Virginia Star and The Star News Network. Follow Pete on Twitter. Email tips to [email protected].