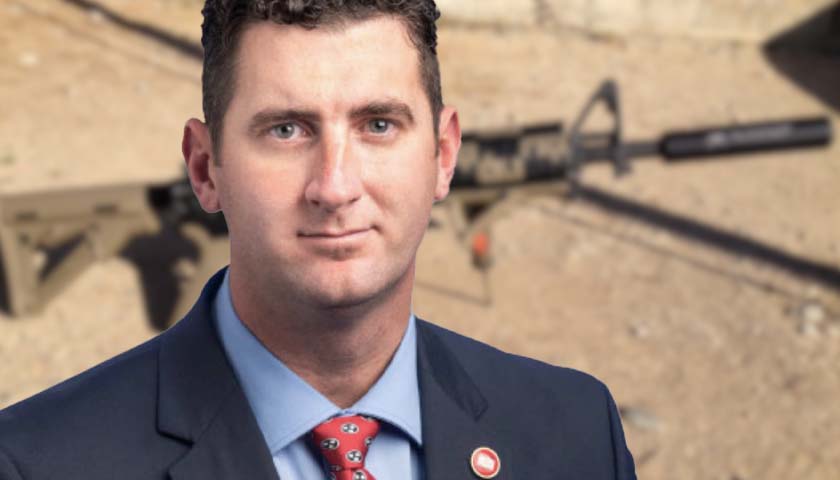 Governor Bill Lee and Attorney General Herbert Slatery have been called on by legislators to represent Tennesseans by using all means in their executive, legal and law enforcement powers to prevent the ATF from enforcing such criminal measures within the state.

At issue are two rule changes proposed by ATF, 86 FR 27,720, Definition of “Frame or Receiver” and Identification of Firearms, and 86 FR 30,826, Factoring Criteria for Firearms with Attached “Stabilizing Braces.”

The definition of a frame or receiver addressed in the first proposed rule change, the latter of which was removed from federal law more than 50 years ago, is “a clear construction of a national gun registry forbidden by federal law,” the letters state, a move also called out in August by 27 members of Congress.

The second rule change would clarify when a rifle is “intended to be fired from the shoulder” and, therefore, subject to regulation under the National Firearms Act (NFA) passed by Congress in 1934 to regulate “gangster” type weapons or those likely to be used for criminal purposes.

In this case, the target is a favorite of gun control advocates – the AR-15 – which would make thousands of Tennesseans felons simply for possessing such weapons, Tennessee legislators point out to the governor and attorney general.

The AR-15, if determined to fall within the scope of the NFA, would require registration and be subject to taxation.

Legislators also remind the governor and attorney general of recent actions that demonstrate the importance of the Second Amendment to Tennesseans.

At the local level, two-thirds of Tennessee county legislative bodies – at the insistence of their constituents – have passed Second Amendment Sanctuary resolutions, making it clear “they do not want further erosion of their constitutional rights.”

In a press release, Doggett said the proposed rules pose a “looming threat to our God-given rights,” adding also that the “creation of law by agency regulation sets a dangerous and unlawful precedent.”

“Our Second Amendment freedoms come at the price of constant vigilance against moves like these from our current administration which are nothing short of an attempt to enforce federal gun control by bureaucracy,” said Doggett.

Rule 86 FR 27,720, Definition of “Frame or Receiver” and Identification of Firearms was proposed by the bureau of Alcohol, Tobacco, Firearms, and Explosives on May 21, 2021, and the public comment period ended on August 19, 2021.

Rule 86 FR 30,826, Factoring Criteria for Firearms with Attached “Stabilizing Braces” was proposed by the bureau of Alcohol, Tobacco, Firearms, and Explosives on June 10, 2021, currently has 178,811 public comments with the public comment period ending at midnight on September 8, 2021.

Laura Baigert is a senior reporter at The Star News Network, where she covers stories for The Tennessee Star and The Georgia Star News.
Photo “Representative Clay Doggett” by capitol.tn.gov. Background Photo “Modified AR-15” by Zgauthier. CC BY-SA 3.0.