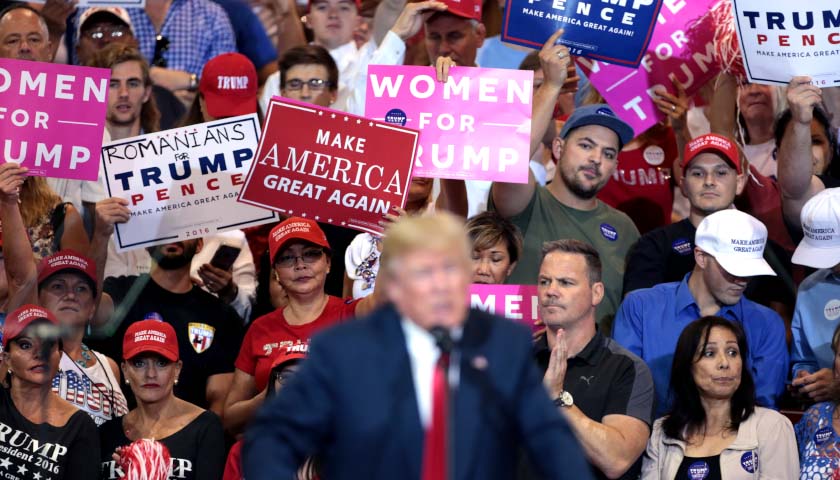 The University of Minnesota (UMN) is hosting an event titled “What You Need to Know About Trump Supporters.” According to an event description posted on the University of Minnesota website, the event will be presented by a former Yale University professor and Democrat pollster, Stanley Greenberg. The description says, “Pollster Stan Greenberg shares his research regarding Trump voters and how the trends he finds will influence future U.S. elections.”

The description for the online event reads, “Many Democrats would like to wish away the large portion of the country that remains enthusiastic supporters of former President Donald Trump. That won’t work.”

According to the event information, the event is being put on by the UMN’s Center for the Study of Politics and Governance. It will be taking place online over a Zoom call on September 22 at 12:00 p.m. Registration for the event is free and not limited to UMN students.

Greenberg will be sharing his “research on Trump voters” in the session. The description goes on to say that, “Trump loyalists are among the most likely to vote in the 2022 midterm elections and may help flip Congress to Republican control.”

Greenberg is also the author of two books, titled Dispatches from the War Room: In the Trenches with Five Extraordinary Leaders and The Two Americas: Our Current Political Deadlock and How to Break It and Middle Class Dreams. Greenberg has been a pollster since the 1980s, conducting surveys for many state and national candidates.

The Yale bio also shares that Greenberg was a professor at Yale for over a decade and he obtained degrees from both Harvard University and Miami University.

During the Zoom session, Greenberg will be answering the questions, “Why are they loyal to Trump?” and “Can Democrats lure them away?”