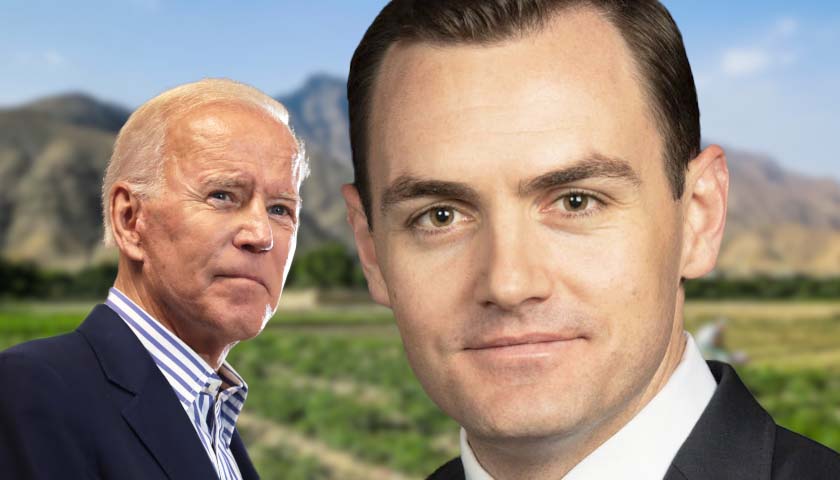 Wisconsin Representative Mike Gallagher (R-08-WI) called the Biden administration’s withdrawal from Afghanistan a “humiliating failure.” In an interview with Fox News, Gallagher went on to call out his Democrat colleagues for “celebrating” it.

Rep. Gallagher on Biden claiming his disastrous withdrawal was a success: "Far from a success, this is a fiasco and a humiliating failure. And for the Democrats to celebrate it as a success, and for Democrats to be fundraising off this failure, is absolutely unconscionable." pic.twitter.com/dDUpA2i5Al

Gallagher said, “For the Democrats to celebrate it as a success, and for Democrats to be fundraising off this failure, is absolutely unconscionable.”

Gallagher called Biden a liar for saying that the Afghanistan withdrawal was a success. Gallagher said in his opinion, the withdrawal was “far from a success.” He said that having twelve Marines and a sailor dead is not a success and neither is leaving behind “hundreds of Americans” and “thousands of Afghan allies.”

He also talked about the billions of dollars of military equipment left by U.S. troops in Afghanistan “in the hands of fundamentalist terrorists.” Gallagher shared his disgust with the entire situation and called to account other legislators who have not yet acted to hold the Biden administration accountable.

Gallagher expressed his frustration that a bill that he put forward regarding accountability was gaveled down by Democrats on the floor on Wednesday morning. The bill that Gallagher sponsored would have required the Biden administration to submit a plan for safely evacuating all those left in Afghanistan.

The bill would have also stopped the United States from recognizing the Taliban and paying ransom to the Taliban. It would also have required a list to be made of all the equipment that was left behind.