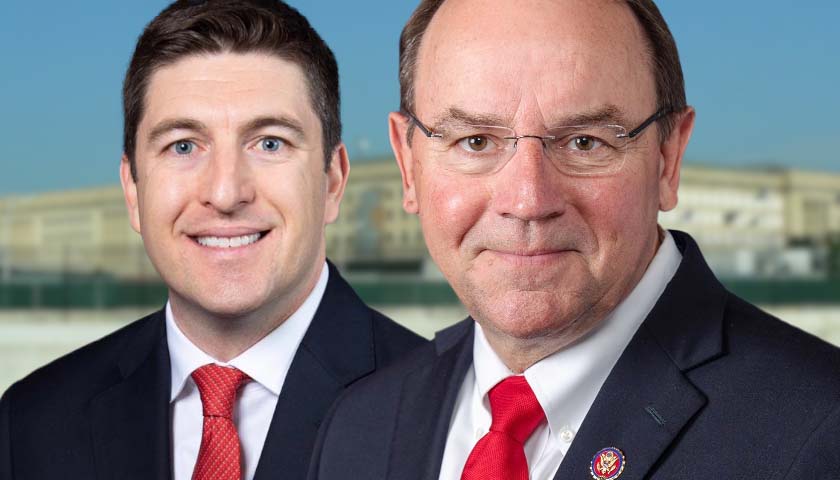 Wisconsin congressional delegates responded to President Biden waiving the congressional mandate stating that the Pentagon is required to provide a detailed report regarding the risks surrounding withdrawing from Afghanistan.

Representative Bryan Steil (R-01-WI) told The Star News Network that, “Before the botched withdrawal in Afghanistan, the Biden Administration waived an important Congressional mandate that would have provided vital information and transparency to both Congress and the American people.

Steil said President Joe Biden’s choice to leave Congress in the dark resulted in tragedy. Steil said to The Star News Network that, “President Biden left Congress in the dark, acted against the intelligence on the ground, and his faulty plan resulted in tragedy. Many questions must be answered in the days and weeks ahead. Congress must play its role in demanding accountability and getting answers for the public.”

The letter from Biden waiving the requirement, dated June 8, 2021, states that he believed presenting a report to Congress allegedly could pose a security threat. Biden said he “determined that a waiver of the limitation under subsection 1215(a) is important to the national security interests of the United States.” That was the only reasoning given for waiving the requirement.

A detailed report presented to Congress is required under the William M. Thornberry National Defense Authorization Act, in order to limit the amount of troops deployed to Afghanistan. The act gives specific details that the report must include if the Department of Defense before “Reducing the total number of Armed Forces deployed to Afghanistan below 2,000.”

REPORT.—The report described in this subsection shall include each of the following:
(1) An assessment of the effect that such a reduction would
have on—
(A) the ongoing United States counterterrorism mission against the Islamic State, al-Qaeda, and associated forces;
(B) the risk to United States personnel in Afghanistan;
(C) the risk for the expansion of existing or formation of new international terrorist safe havens inside Afghanistan;
(D) the role of United States allies and partners supporting the United States- and North Atlantic Treaty Organization-led missions, including international financial support the Afghan National Defense and Security Forces require in order to maintain operational capabilities and combat effectiveness;
(E) United States national security and United States policy toward achieving an enduring diplomatic solution in Afghanistan;
(F) the threat posed by the Taliban and other terrorist organizations in Afghanistan to United States national security interests and to those of United States allies and partners;
(G) the capacity of the Afghan National Defense and Security Forces to effectively—
(i) prevent or defend against attacks by the Taliban or other terrorist organizations on civilian populations;
(ii) conduct counterterrorism operations necessary to deny safe harbor to terrorist organizations that the intelligence community assesses pose a threat to the United States and United States interests;
(iii) sustain equipment, personnel, and capabilities; and
(iv) protect the sovereignty of Afghanistan;
(H) the influence of Afghanistan’s neighbors and near neighbors on the sovereignty of Afghanistan and the strategic national security interests of the United States in the region.
(2) A plan for the orderly transition of all security-related tasks currently undertaken by the Armed Forces of the United States and nations contributing troops to the Resolute Support Mission in support of the Afghan National Defense and Security Forces to the Government of Afghanistan.
(3) An update on the status of any United States citizens detained in Afghanistan and an overview of Administration efforts to secure their release.
(4) An assessment by the intelligence community of the manner and extent to which state actors have provided any incentives to the Taliban, their affiliates, or other foreign terrorist organizations for attacks against United States, coalition, or Afghan security forces or civilians in Afghanistan in the last 2 years, including the details of any attacks believed to have been connected with such incentives.
(5) Any other matter the Secretary of Defense determines appropriate.

Biden said in his letter that he decided to completely withdraw from Afghanistan after “a rigorous police review process.” He wrote that he “reached this conclusion after conducting a rigorous policy review process and consulting closely with our allies and partners, with our military leaders and intelligence personnel, with our diplomats and our development experts, with the Congress and the Vice President, and with the President of Afghanistan and many other leaders around the world.”

Biden assured Congress that the withdrawal effort would be done “responsibly, deliberately, and safely.” He wrote, “We will withdraw responsibly, deliberately, and safely, in full coordination with our allies and partners. Our NATO allies and operational partners, who have stood shoulder-to-shoulder with us for almost 20 years and who have also made great sacrifices, will now withdraw alongside our forces as we stand by our enduring principle of “in together, out together.”

Biden delivered remarks on Tuesday afternoon regarding the end of the war in Afghanistan but once again refused to take any questions.

As of Wednesday afternoon, only Steil and Tiffany had responded to The Star News Network’s request for comment regarding President Biden waiving the congressional mandate to present a report to Congress.