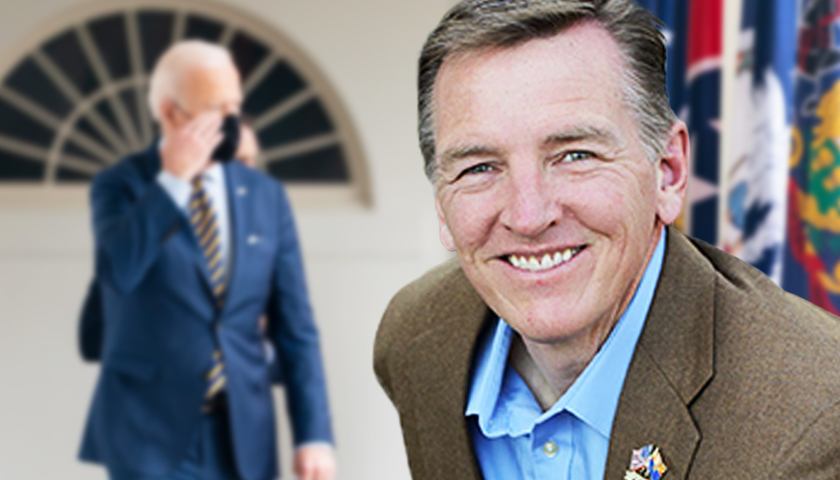 Rep. Paul Gosar (R-AZ-04) responded Wednesday to a report that President Joe Biden ignored congressional mandate requiring him to brief Congress on the risks of the United States’ troop withdrawal from Afghanistan.

“Biden botched President Trump’s withdrawal and must be held accountable. He is unfit to lead and has presided over the entirety of this debacle” Rep. Gosar told The Arizona Sun Times.

Washington Free Beacon first reported that Biden waved the mandate, which had been passed into law.

“Under the federal statute, the administration was barred from reducing troops in Afghanistan below 2,000 without first briefing Congress about the expected impact on U.S. counterterrorism operations and the risk to American personnel,” that report said.

Biden reportedly justified the move by claiming that releasing such information to Congress would be contrary to “the national security interests of the United States.” He waived the mandate in June.

The withdrawal turned into a national scandal when American citizens were left behind while U.S. troops were evacuated. That led to the redeployment of some troops to help Americans and Afghan refugees escape the country via the airport in Kabul, which was hastily taken over by the Taliban.

In that mission, 13 American troops died and another 20 were wounded when an ISIS-affiliated group carried out a suicide bombing.

The families of those troops have criticized Biden for the botched withdrawal, and for his reaction to the deaths of their loved ones.

“The wife of the fallen Lance Cpl. Rylee McCollum said the president made the grief worse by offering only a ‘scripted and shallow’ statement,” according to one report. “The family condemned Biden for his ‘total disregard to the loss of our Marine.”

“I blame my own military leaders. … Biden turned his back on him. That’s it,” Steve Nikoui, father of slain Lance Cpl. Kareem Nikoui said.

The family of Staff Sgt. Taylor Hoover declined to meet with Biden.

“We didn’t want to deal with him,” Hoover’s father, Darin Hoover, told Fox News. “We didn’t want him anywhere near us. We as a family decided that was the way it was going to be.”