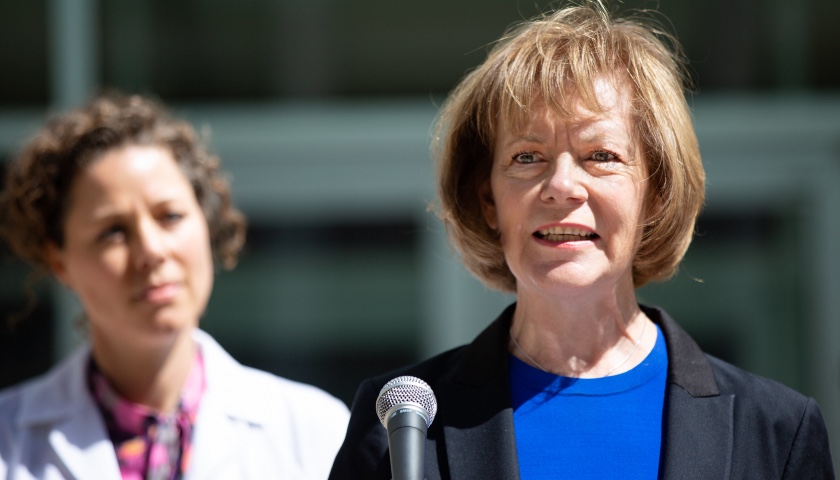 Minnesota Senator Tina Smith tweeted out Wednesday, criticizing the Supreme Court’s decision regarding a Texas abortion ban. Smith called the decision a “direct attack on Roe.” Smith said that she’s not “blind” to what is being done.

She said, “I used to work at Planned Parenthood, not blind to what’s happening here.” Smith called the law unconstitutional saying they are going to “fight it.”

I used to work at Planned Parenthood, not blind to what’s happening here. This law is not just unconstitutional— it's a direct attack on #Roe. And we are going to fight it.

Minnesota Governor Tim Walz also spoke out about the decision. Walz said, “What’s happening in Texas is a blatant violation of a woman’s right to choose. I will never allow that to happen here in Minnesota.”

What’s happening in Texas is a blatant violation of a woman’s right to choose. I will never allow that to happen here in Minnesota.

President Joe Biden also joined the criticism of the law, calling it “extreme.” Biden’s statement read, “The Texas law will significantly impair women’s access to the health care they need, particularly for communities of color and individuals with low incomes. And, outrageously, it deputizes private citizens to bring lawsuits against anyone who they believe has helped another person get an abortion, which might even include family members, health care workers, front desk staff at a health care clinic, or strangers with no connection to the individual.”

He said that he is “deeply committed to the constitutional right established in Roe v. Wade nearly five decades ago and will protect and defend that right.”

Vice-President Kamala Harris called the bill “an all-out assault on reproductive health.” Harris said that the law will force women to “carry their pregnancy to term against their will” and will disproportionately affect women of color and those with lower incomes.

Section 171.205 provides exceptions for medical emergencies. It reads that in order to perform an abortion, there must be records of “the physician’s belief that a medical emergency necessitated the abortion; and the medical condition of the pregnant woman that prevented compliance with this subchapter.”

The Department of Health and Human Services Secretary Xavier Becerra also offered a statement regarding the law. Becerra said, “Every American, no matter who they are or where they live, deserves access to quality, affordable health care — including safe and legal abortion. Texas law SB8 is dangerous and dubious. The burdens of this law descend disproportionately upon low-income families and communities of color. The 21st century must be about protecting and expanding Americans’ health care, not illegally and discriminatorily denying it.”